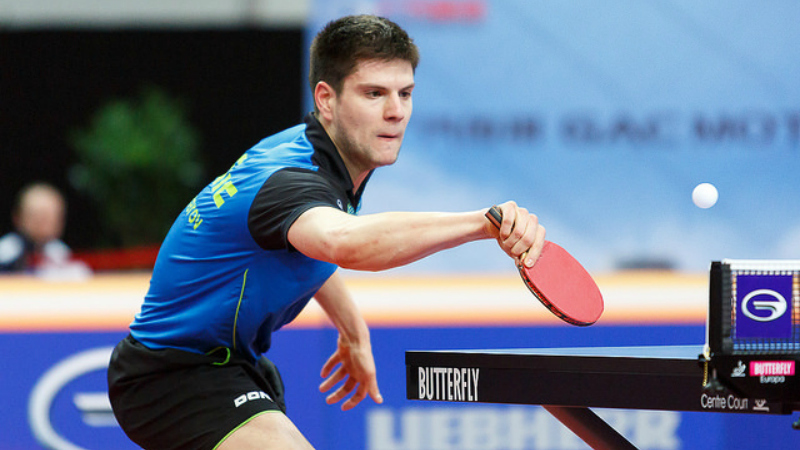 I’ve always been quite a consistent table tennis player. As a junior I was probably overcautious – I often relied on my pushing and blocking to win matches instead of using the loops I had been working on in training.

I reckon this is, in part, down to the fact that my coach was big on consistency. He was much more impressed if we could keep the ball on for twenty shots in a row rather than show off with some fancy shot. I think that gave me very strong foundations and helped me to beat a lot of juniors who looked like much better players than me.

As a coach, I have adopted a similar philosophy. I probably put a little more emphasis on making sure the technical fundamentals are correct that he did but I certainly value the attribute of consistency in a player. I even spoke to Matt Hetherington about consistency in my first ever podcast episode!

One area of table tennis where consistency is fairly simple to master is pushing. Pushing might not be particularly glamorous, but it’ll win you a lot of easy points in matches if you can get really good at it – especially at the beginner/improver level.

Here’s a quote from Liam Pitchford…

Don’t focus all your energy on winning the big rallies. It’s the small points that win you matches and tournaments, things like; serve, receive and short play.

He understands that it’s often the boring stuff like short play (pushing) that determines the winner from the loser.

I’ve written a bit about pushing before;

But I was coaching the other day and I remembered how important it is that you can push consistently – as well as correctly.

In fact, with a shot like the push, consistency and accuracy are probably a lot more important than technique and style. It doesn’t really matter if you push “wrong” or in a slightly “weird” way.

I’ve written quite a few monster blog posts recently but I’m going to keep this one short. There is only one point I want to make…

Can you push forever?

If I asked you, “Can you do the Falkenberg drill at maximum intensity forever?”, your answer would obviously be, “No.”

You would make a mistake. Perhaps you would hit a shot off the end. Or you would get tired and have to stop after a couple of minutes. When it comes to doing the Falkenberg drill at maximum intensity, consistency is rather subjective.

If you are a new player, you might be pleased simply to get through the drill once or twice. If you are an elite player, then it depends on how hard you are hitting your shots and how wide your partner is placing the ball.

I remember doing this with a coach at my old club when I was a kid. I must have been about 13 or 14. Everyone was taking it in turns to see how many pushes they could do without a mistake.

We stopped once I got to a thousand!

Of course, if we had both been pushing super aggressively then we certainly would have made some mistakes. But if two competent table tennis players decide to push the ball back and forth to each other, potentially while having a chat, neither should make a mistake. They should be able to push “forever”.

Master the correct technique for your forehand push and backhand push, and do enough practice, and you’ll be able to push the ball back and forth with next to no need to engage your brain, consciously.

Once you can do that you should be able to beat recreational players with your pushing alone. This is sometimes referred to as “pushing someone off”. All you need to do is keep pushing, pushing, pushing, until they make a mistake. If your pushing is considerably better than theirs, you’ll win the match easily.

All you need is a heavy backspin serve and a consistent backspin push.

So, can you push forever?

If the answer is no then it’s time to fix that. Why don’t you start doing five minutes of free pushing practice every time to play table tennis. Give it a few weeks and your pushing will have improved considerably.

You can even try a “pushing only game” like I did with Sam during The Expert in a Year Challenge. It’s a great way to make improving your push a little bit more fun and competitive.

And remember, it really doesn’t matter how aggressive your pushing is at this stage. The first thing to master is a basic push that you can do without thinking and without mistakes. You should be having really long pushing rallies.

If you do give it a try, leave a comment and let me know how you get on.