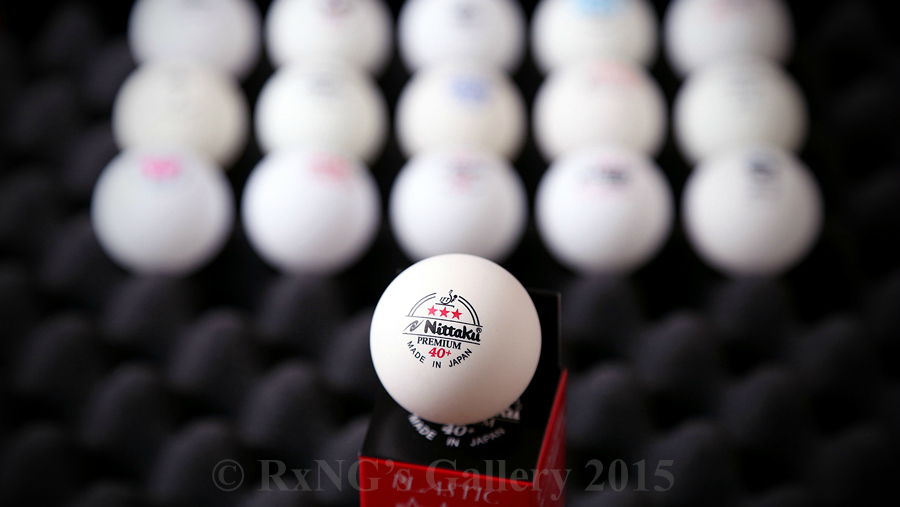 You may have heard that the new plastic balls (also known as poly balls) are awful, break all the time, play nothing like the old balls and cost twice as much! Unfortunately, some of that is true. But we still need to use them (like it or not) so it’s worth finding the best table tennis balls available going forwards. In today’s post, I aim to help you do just that.

What are the options?

It may appear that there are 20+ different types of plastic ball but, in fact, that isn’t the case. While every table tennis brand has its own ball the majority of these are actually clones and completely identical to loads of others.

The reality is that there are currently only four factories producing plastic table tennis balls, which makes choosing the best one a lot easier!

So what are the four options?

And it appears that nobody can really tell the difference between the DHS and Double Fish balls (spoiler alert: everyone hates them equally) so we can pretty much count them as the same (seamed plastic table tennis balls made in China).

Here’s a list of which branded balls come from which factory;

While it’s possible that there could be slight differences between the Butterfly 40+ ball, the Donic 40+ ball and the Joola 40+ ball (perhaps quality control is stricter for some brands than others) there shouldn’t really be any noticeable difference if you get a big enough sample of balls, produced at different times.

It’s my understanding that the production process used to create these balls is still being refined and is getting better over time. So if you get a ball from 2014 and compare it to one from 2015, the latest one should be better to play with. That’s what I’ve heard anyway.

So here’s the choice…

So, which are the best table tennis balls?

The first balls to hit the market were the seamed balls from China (produced by DHS and Double Fish). Last summer I had a go with the Donic plastic ball for the first time and I have to admit I thought it was okay. Don’t get me wrong, it wasn’t great to play with, but it didn’t bother me too much.

What did bother me was that these balls would split along the seam like nobody’s business. They were breaking left, right and center, costing everyone a fortune. I think they may be a tiny bit more durable now (the June 2014 batch was a particularly bad one) but these balls still break way too much.

When you hear people hating on the new balls, chances are they are talking about these ones. People really don’t like them. It’s weird because most of the big brands are producing these balls (Butterfly, Donic, Joola, Stiga etc.).

Stay away from all the seamed balls that are made in China. They suck!

Soon after, seamless balls started popping up made by Xushaofa (a brand I had never heard of before). I was able to try some of the Yinhe seamless balls back in November and I found them to be much much better, both in quality of play and durability.

These seamless balls felt harder, more even and didn’t have a seam to split down. They did feel a bit bigger and heavier than the old celluloid balls, but they were a huge improvement on the seamed balls everyone else was using.

Availability of the seamless balls has increased and you can now buy Xushaofa balls (or their clones) from TeesSport and Bribar in the UK, Megaspin in the US, and worldwide from TableTennis11.

From what I can gather…

Lots of clubs and local leagues are choosing to go for the seamless plastic balls for the new season.

After releasing that video I received a number of comments suggesting I check out the Nittaku Premium ball (not to be confused with the Nittaku SHA ball, which is a DHS or Double Fish clone made in China).

The guys in America seem to love it, but we can’t get hold of them here in the UK because none of the major table tennis stockists have any. From what I have read the Nittaku Premium is the best table tennis ball currently available, and it plays the most like the old celluloid balls. But that is no good if nobody has any!

The other problem is price.

TableTennis11 sell most of the latest plastic balls and the Nittaku Premium is their most expensive by far at €2.67 per ball (€8.00 for a pack of 3). That is a lot of money. Especially if they are going to break regularly (and I’ve heard that the Nittaku Premium still breaks and splits a lot more than an old celluloid ball would).

It looks like these balls are good but too expensive and too difficult to source.

This article is all about the best table tennis balls and in many ways the Nittaku Premium comes out on top. It plays the most like the old celluloid balls and has received the most positive reviews from the worldwide table tennis community.

I guess if you are looking for the best ball you should go for the Nittaku Premium.

But, as I said earlier, price, durability and availability are clearly letting this ball down and therefore I am going to continue to recommend the Xushaofa seamless table tennis balls as the best table tennis balls currently on the market.

While they might not be perfect I believe they are your best choice whether you are buying balls for yourself, a club, a league or a tournament. You will make considerable savings (because they are so much cheaper than the Nittaku Premium balls and shouldn’t break as often) and I’m convinced that the majority of players will be happy playing with these.

REMEMBER: All the seamless balls are made in the same factory!

I’ve seen some people saying the Stag balls are rubbish and the Xushaofa balls are much better but there shouldn’t really be any noticeable difference. There will always be some variability between batches but all the balls are pretty much the same.

So if I were you I would buy either Xushaofa, Stag, Yinhe, Palio, Xiom, Nexy, Hanno or Kingnik seamless table tennis balls going forward. These are your best choice, in my opinion.

Do you agree/disagree? Leave a comment and let me know!

OK, you’ve decided to go for the seamless table tennis balls. But where should you buy them from? Where are they cheapest?

You will always get the best deal by going directly to the Chinese wholesalers or brands and ordering a load of balls in bulk. If that is the kind of thing you are into, go for it. Otherwise, here are the cheapest prices I’ve found online…

And keep an eye out for the training balls!

Xushaofa make new seamless “club” balls which aren’t 3-star balls and will be much cheaper (less than half the price). They aren’t trying to trick you or anything, plenty of people want cheaper plastic training balls, it’s just that if all you are thinking is, “I need to get some of these Xushaofa seamless balls”, you might end up getting the wrong ones by mistake because these look cheaper. If you need balls for a league or tournament make sure you get the 3-Star ones.

I hope that helps you to navigate the complex world of the new plastic table tennis balls. If the Nittaku Premium balls (which are probably the best table tennis balls currently being produced) eventually come down in price then I will probably update this post and recommend those but for now I’m sticking to the Chinese seamless balls because they win when we consider quality, durability, and price.