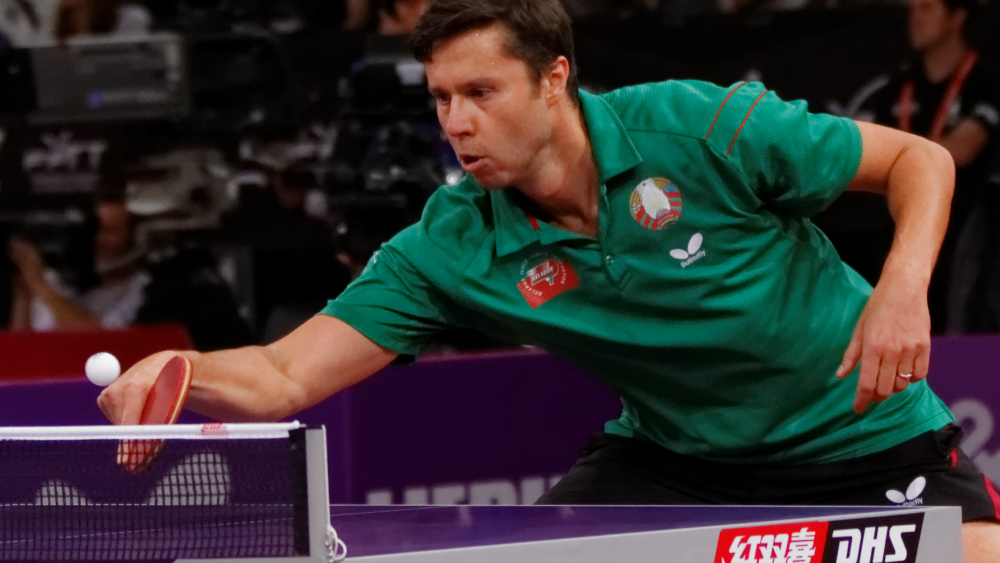 The backhand push is probably the easiest stroke to learn. A push is more of a defensive shot than the drive and the aim is to play down the back and underneath the ball to create some backspin, making it more difficult for our opponent to attack the ball.

Unlike the forehand strokes, the backhand push doesn’t really quire any movement from the body. All you need to do is get yourself behind the ball and then you can use your arms to play the stroke.

This post will highlight the correct technique for playing a backhand push in table tennis. I will use my own knowledge as a table tennis coach and a video featuring Alois and Jeff from PingSkills.

What Is The Backhand Push?

Here is a really good video going through some of the key points for the backhand push. Have a watch and then you may find the coaching tips and common errors I’ve described below helpful for a bit of extra insight.

Here are my key coaching points. I’ve tried to go into a bit more detail than the video. As always, I break the forehand push down into four sections; the stance, the backswing, the strike and the finish.

Hopefully now you should be able to go out and play a decent backhand push. Go out and get lots of practice and maybe even check out some of the other instructional backhand push videos on YouTube.

This shot is the final part of Level 1 Table Tennis in my How to Play Table Tennis Series. Before moving on to level two make sure you have a correct grip and stance/ready position and that you can play 100 forehand and backhand drives and 100 forehand and backhand pushes without a mistake. You may need to find a higher standard practice partner that is able to consistently and accurately keep the ball on the table to practice this.

So, get over there now and start level 2 today!

If you would like to subscribe to the Expert Table Tennis RSS feed and receive updates of new articles then the link is here.

And of course make sure you head over to my How to Play Table Tennis page for all the other technical training you’ll need to develop from a beginner to a pro.