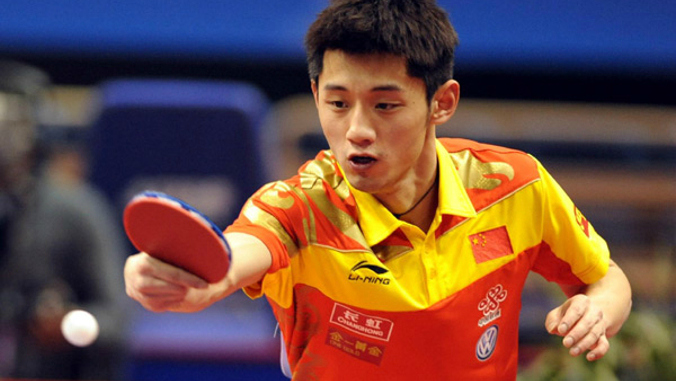 The backhand drive is the second table tennis shot that I teach to my beginners. It is a very important shot that allows you to control rallies, return opponents attacks and step on the offensive yourself. If you fail to learn the backhand drive you will find it much harder later on when you try to block with your backhand or play a more aggressive topspin stroke.

This post will highlight the correct technique for playing a backhand drive in table tennis. I will use my own knowledge as a table tennis coach and a video featuring Head Table Tennis Coach at Greenhouse Charity, Jason Sugrue.

What Is The Backhand Drive?

Here is a really good video going through some of the key points for the backhand drive. Watch it a couple of times and then have a read of my coaching points and common errors for more information.

Here are my key coaching points. I’ve tried to go into a bit more detail than the video. I break the backhand drive down into four sections; the stance, the backswing, the strike and the finish.

I hope that’s given you all the key coaching points you need for the backhand drive. I have coached this shot to hundreds of players over the last few years and there is usually just one pointer they need to change in order to be playing a good shot. This post should have helped you identify that pointer.

There’s a lot to take in when learning a new shot so try to add one point at a time to your technique to combat any brain overload. Once you have made an improvement there, add another pointer. There’s no rush and learning in this way will increase your ability to remember the key tips.

If you’ve enjoyed this article please leave me a comment or share this with a friend. I am starting to build a page entitled ‘How to Play Table Tennis‘ which I will use as a directory of all my technical coaching articles. You can find that in the top navigation under ‘Learn to Play’.

And if you’re not yet following me on Twitter or Facebook then please do that. It’s a great way to make sure you never miss out on the latest posts from Expert Table Tennis.

Thank you for reading and good luck with your backhand drive. If you have any questions feel free to drop me a line and I’ll try to help in any way I can.