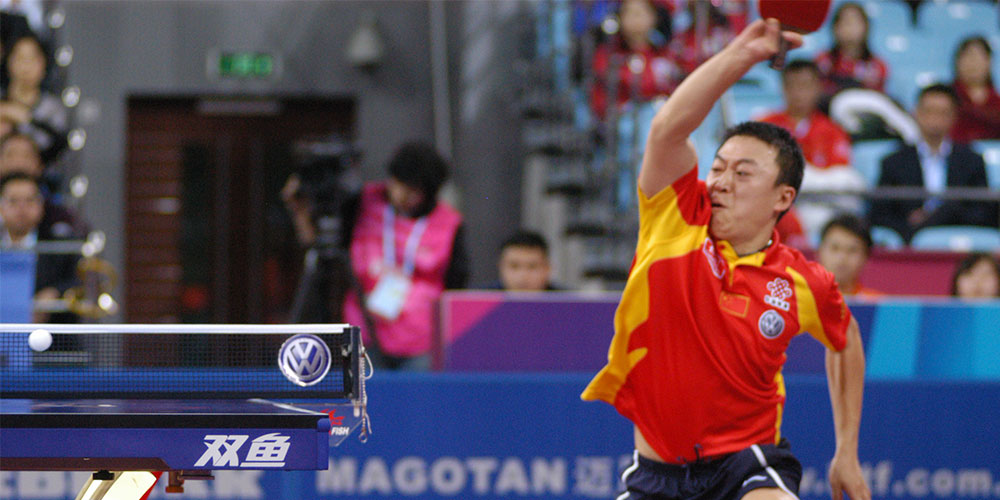 This is Episode 031 of the Ask a Table Tennis Coach podcast. Today’s question comes from Bob and is all about perfecting the forehand loop technique for maximum speed and spin.

“Hi Ben! This is a question that has been on my mind for quite some time and it regards the forehands of top players. On the transition from the backswing to the forward swing these players appear to lack the pedal behind and whip it through as their forward swing begins. For lack of a better example their forearm and wrist make a similar move as you would if you were skipping a stone on water, but with their palms facing down. What they do not seem to do is backswing, stop and then forward swing. It seems to be one continuous motion. Can you address this please? And have you observed this yourself as well?”

Nice question, Bob. Here we’re really going to get into the nitty gritty of table tennis technique. How to be the most efficient with your technique. Everyone has different ideas. All different coaches have their own way of doing things, but here’s what I think.

When it comes to whipping the racket through on the forehand, as far as I’m concerned, is going to happen naturally if you truly relax your forearm and wrist on the stroke.

I think it’s a good idea to use that whip on your forehand as it will a give you more spin, speed and brush on the ball but it’s not that easy to learn. You might need to change the way that you play and hold your body in order to make that happen.

Firstly, don’t try and whip your wrist through consciously or try and move your wrist as you hit the ball. That’s not going to work at all, it’s just going to confuse things. All of the power in the shot needs to come from your body’s rotation and weight transfer.

If you just hold your arms out in front of you as you’re swinging and twisting and use your body to generate all of the power then your arm and your hand should just naturally whip through as you move. Like the same as skipping a stone. You’re not trying to force it through, you’re just letting your arm relax and as you swing that’s going to naturally whip because it’s loose.

Now one thing I definitely want to talk about is the idea that often when beginners are taught table tennis techniques. They’re taught to play all the strokes in one straight line. So they’re taught to do a backswing on one line, if you imagine a line they go backwards on, then to stop and then to swing forwards on the exact same line.

It looks a little bit like a robot. Fixed back – forward – back – forward. All moving on the same plane. This is quite unnatural and it’s definitely not the most efficient way to play. If you watch any of the top table tennis players you’ll see they use little circles or more like ovals. They use that on their forehand and their backhand.

If you were to watch a top Chinese player play 1 backhand loop and one forehand loop it would almost look like they were making a figure 8. They are coming in, then going over. Have a look on YouTube and watch and Chinese player doing their loop technique. Maybe search for a slow-mo.

So they’re not just going forwards and backwards on one line. That’s something I’m going to make a video about at some point because I think it’s really important and I know that lots of coaches are just teaching that straight forward – backward thing.

Personally I don’t think that’s right, even though I did use to coach that myself because I would coach what everyone else is coaching. You want to be playing your strokes using that continuous motion and going for circles or ovals around your body. Keeping it nice and fluid and not jerky and stop – start.

Lastly try and keep your arm and wrist relaxed so that you have that natural whipping motion on your shot. Don’t try and force it, just let it happen with a relaxed wrist.

Now I’m a really big fan of the Chinese technique, personally. I know that not all coaches are but I think it’s great. And that’s one reason why I love Tao Li’s video coaching from our sponsor site TableTennisUniversity.com.