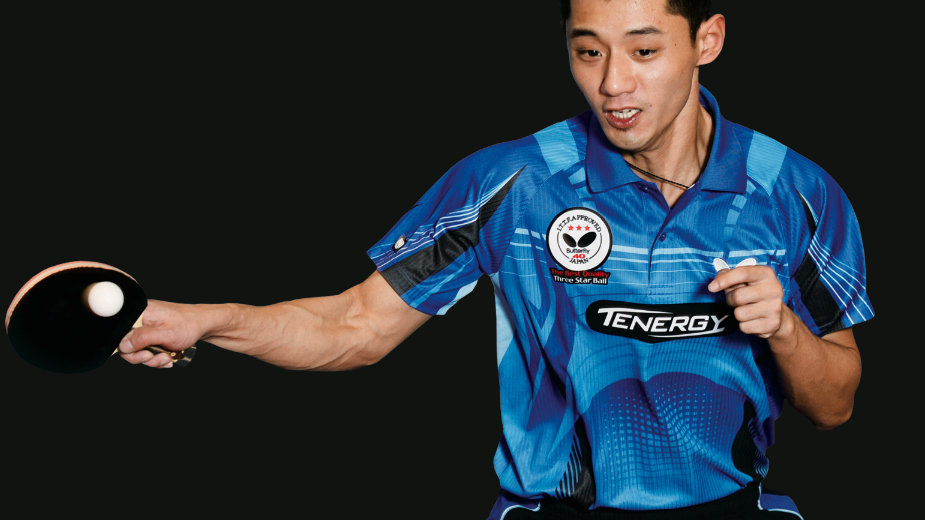 Last week I looked at the basics of how to play a forehand loop. After finishing the post I remembered something that Lei Yang (an ex-Chinese national team player and current technical coach of the German national team) had shown me during one of our multiball sessions in Denmark last summer that had had a huge effect on improving my forehand loop.

I decided, instead of bolting it onto the end of that post, to give it it’s own article. It is a technical tip that could spark some debate, as I know that certain coaches and players differ in their views, but I believe in it. It was also featured in a recent discussion on MyTableTennis.net about how to make your forehand loop more powerful.

WARNING: This is another blog post that is big on the anatomy of the wrist and forearm. I seem to be obsessed with this kind of thing at the moment after writing all about supination and pronation of the forearm a couple of weeks ago.

Excluding supination and pronation (which predominantly come from the forearm) the wrist can move in two different ways;

Position your wrist in a flexed position and you are able to hook the ball with your forehand loop. This adds sidespin to your loop and helps you to curve the ball wide to your opponents forehand side.

Position your wrist in an extended position and you are able to fade the ball with your forehand loop. For many years this was my signature shot. It adds the other type of sidespin to your loop and enables you to hit winners down the line.

Hooking and fading is one way to use your wrist to change your forehand loop, and it is great for variation, but while the wrist does move away from a neutral position, it remains fixed in place during the stroke. You are using the wrist to alter the angle you can get on the ball, not to improve the quality of your shot with extra speed and spin.

On the backhand you can use flexion and extension to add speed and spin. You will see the majority of players flex their wrist during the backswing and extend it during contact with the ball.

It’s the frisbee motion coaches often talk about and it works great on the backhand but doesn’t make sense on the forehand. This is because technically our forehand and backhand loops are fundamentally different.

To explain that I need a video…

In a neutral position the wrist would be straight and in line with the forearm. However, when playing table tennis the wrist would usually stay in an ulnar flexed position throughout the rally (as we want our bat, instead of our hand, to be in line with our forearm). Our ready position, often referred to as being “neutral”, is neutral in a flexion and extension sense but not in a ulnar and radial deviation sense.

Anyway, back to Denmark…

I was doing forehand loops with Lei Yang on a multiball table and he came round and started moving my wrist in this plane of motion, from ulnar flexion to radial flexion. He wanted me to use my wrist on my forehand loop.

I have never done this before. My wrist always stayed locked and tense during my loop, so this was completely new.

I started trying to force it through as I played the shot and it felt very very weird. I didn’t like. It felt really unnatural. But I stuck with it.

It didn’t really get much better and Lei Yang’s English wasn’t the best so I struggled through not really sure why it felt so wrong. It wasn’t until a couple of days later that I realised.

I injured my back during the camp (Lei Yang said it was because I was too tense when I play) and after a couple of days rest I came back with a super relaxed style, terrified of getting injured again.

Suddenly it all clicked.

Once I relaxed the muscles in my shoulder and arm the wrist movement Lei Yang had been so insistent about started all on it’s own. I realised that for all these years I had been stopping my wrist from moving by holding it in place with certain arm muscles and that, by relaxing, I had freed it. My wrist (and bat) were now swinging about unhindered.

This made a huge difference to the amount of acceleration I could get on my forehand loop and massively increased my spin.

Want to see this technique in action?

Here’s an old video of Ma Long training multiball where you can see his wrist and bat flying around because his arm muscles are clearly all relaxed.

I believe this is another piece of advice that could have an immediate effect on your game.

Look around at a group of players and you should be able to start to see the difference between those that use their wrist in their forehand loop (because they have relaxed it) and those that don’t (because their muscles are holding it fixed in position). There is a big difference and the wristy loops are much better, in my opinion.

You don’t need to try and force your wrist through the range of motion (like I did at first with Lei Yang). All you need to do is relax, time your backswing correctly and let it happen on it’s own. You will end up with the desired whip-like effect, and a lot more speed and spin on your forehand loop.

Do you agree with me?

I’ve spent quite a lot of time thinking about this concept and I’m happy now with my conclusions.

Do you agree? Is there anything I’ve missed?

If so, leave a comment and let me know. Thanks for reading the article and if there is any topic you would like me to write about let me know and I’ll do my best to make it happen.