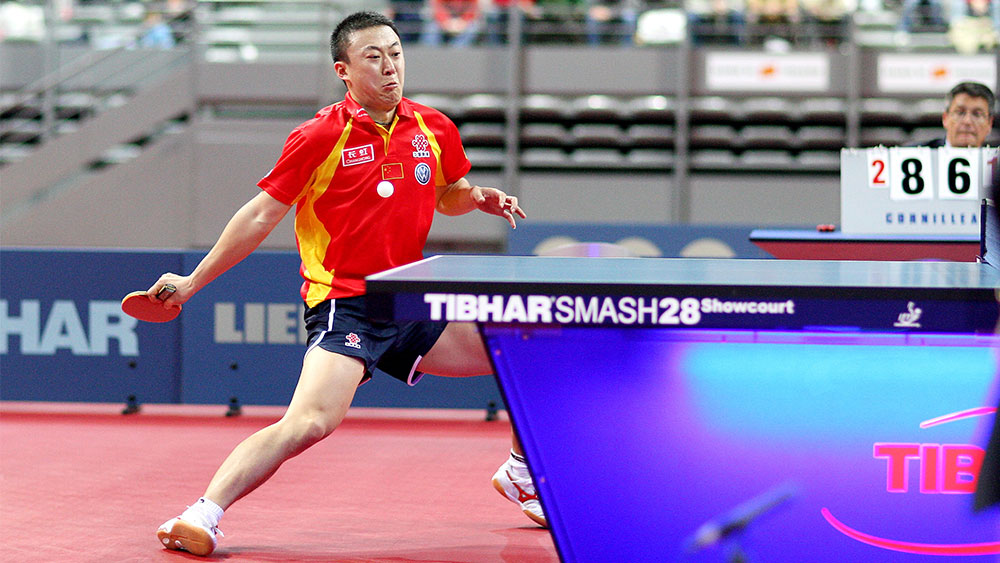 This is Episode 008 of the Ask a Table Tennis Coach podcast. Today’s question comes from Gan and is all about how to add wrist to your forehand loop.

“I personally use my wrist a lot when I’m hitting forehands to have more spin but when I watch professional players they seem to keep their wrists stiff and only spin using the forearm acceleration. Should I stop using my wrist while attacking with a forehand loop or is it just a matter of taste?”

Now this is something that really struck me when I was in the B75 training camp in Denmark back in 2014 with Sam. I watched a Chinese coach there named Li Yang and he was trying to teach me to use my wrist on my forehand loop because I always just keep my wrist completely fixed. As you said I just got the acceleration from the arm. But he was really promoting this technique of trying to let your wrist kind of flick through the shot and get that extra spin.

So I get it Gan. I think you are on to something there and I think you will see a lot of professional players doing it. The fact is it just actually quite hard to see. The shots are played very quickly so chances are lots of the top players are using their wrist on the forehand loop and it is just that you can’t see. Maybe some European styles have a fixed wrist, and maybe some don’t, it’s difficult to know.

There’s different ways of doing it but I think try to add the wrist onto the forehand loop is actually a really good thing. Now the important difference here is between using your wrist on your backhand or on your forehand. If you imagine using your wrist on your backhand you can really draw back your wrist and bend it right round and then flick it through. But the kind of the mechanics of the forehand and the backhand shot are very different. You’re not going to be bending your wrist down in that kind of way on the forehand side unless you’re trying to play like a big hook shot. Your wrist is going to stay relatively neutral, kind of not bend down or pushed back and it’s going to be kind of a more handshake side to side kind of a wrist movement instead of bending it over so that’s important to know.

Now based on what I learned in Denmark, I have actually written a book post and I got a video in YouTube that kind of goes through using the wrist on the forehand loop specifically so you should definitely check this out.

The summary of all of that, the blog post and the video, is basically that I learned that you need to relax the muscles of the arm and just allow the wrist to kind of naturally swing back and forward with the movement of the shot. That force is going to give you that whip effect on the ball.

Originally what I was been trying to do when Li Yang was telling me to add wrist to my forearm without consciously pulling my wrist back I ended up overthinking and the shot was an absolute disaster. It wasn’t working at all. It wasn’t until later that I realized that it was actually just about relaxing the wrist letting it naturally swing just from side to side.

What you do is just relax your wrist and then you move your arm a little bit and you let the wrist just kind of flop from side to side. That’s basically what you need to do. Once I understood that I then saw a huge effect on my shot. And for me that was kind of one of those light bulb moments in training, where you know something suddenly clicks and then instantly my game improved.

My forehand loop just felt completely different from that point onwards and I realized what I’ve been doing is actually really locking my wrist in place. There was tension and that was preventing me from just relaxing it and letting it swing. Now even as I just practices standing here, with a little bit shadow play, I can feel the difference and it is such a big thing so definitely work on the wrist. Watch those videos, read the blog post and try to get that right. For everyone that’s reading, if you’re not using that kind of relax whip your wrist with your forehand definitely something to think about.