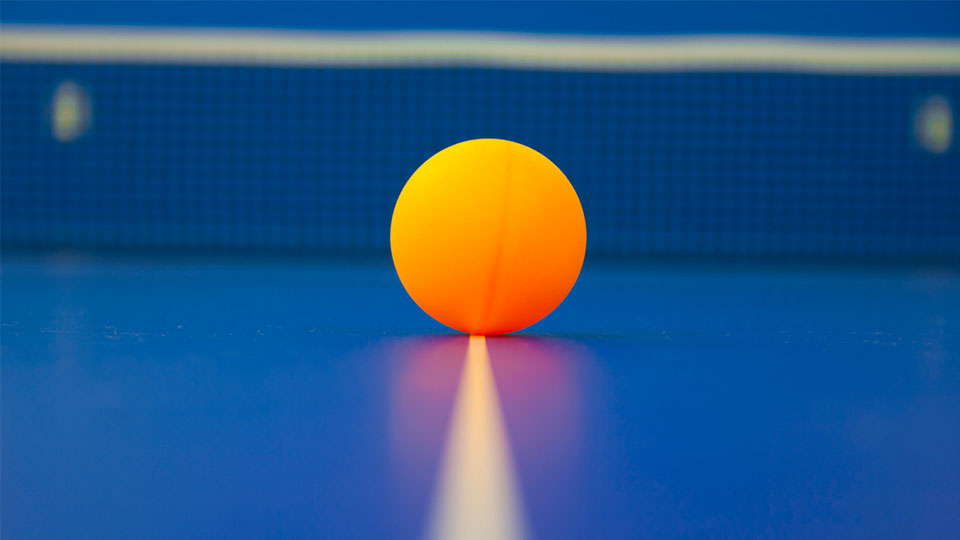 This is Episode 039 of the Ask a Table Tennis Coach podcast. Today’s question comes from Ahkmu and is about how to break through a plateau.

“Hi Ben! I’ve been playing table tennis for six years now. I’m also my college’s athlete for this particular sport. However I’m having trouble progressing. It’s like I’m stuck on a plateau and unable to improve further. Do you have any tips on this?”

First things first, plateaus happen in sports particularly in table tennis. We don’t improve in a straight line. I know lots of us wish that we would but that’s just not the way it happens. I’ve done some running recently and I’ve improved a little bit but progress sort of flattened out.

It’s important to recognize that it’s not the end of the world if it seems like you haven’t improved much. Sometimes table tennis players get stuck on a certain ranking for a while and it feels like they aren’t improving. But then you have a big step up, and it might come a few months later.

Even the professional players go through this. You’ll see loads of top players get up to rankings of maybe the top 100 in the world, then they stay there for a few years. Paul Drinkhall was ranked in the top 100 of the world for about 5 years. Then suddenly he had this big shoot up and now he’s around 40 in the world.

It would be nice maybe to have that steady progress, but that’s not always the way it goes. I’ve experienced this as a player. I know Sam experienced it during the Expert in a Year Challenge. He had a big period over the summer where it seemed like he wasn’t improving at all. Then by October or November it started to all click together.

Another story that I learnt was in the Samson Dubina Episode on the Expert Table Tennis podcast. A couple of years ago he told the story of how he spent 3 years training in Canada with their Olympic team.

Everyone goes through it, so don’t panic. Keep putting in the work and don’t quit as well. I would like to think that plateaus are there to weed people out. You get given these plateaus and the weak, undedicated players see them and think “Oh, that’s not working. I’m going to leave.”. Those that stick with it are rewarded.

Don’t worry too much about plateaus. However at the same time there’s a chance that you are genuinely in some long term plateau. If it’s something that’s kind of short, that you feel for a month or even a couple of months, I wouldn’t worry much about it.

If it becomes a long term thing of not improving, it might be something that you need to look at. There are a few reasons for this.

It’s really important that you are mixing things up a bit and pushing yourself to improve. Too many people find themselves stuck in the same routine for years and that’s when you see no improvement. They play on the same day every week, at the same club, against the same people and do the same things.

If that’s what’s happened to you then you’ve just got stuck in a cycle or routine then of course your results are going to stagnate as well. This is because you’re not doing anything to push them forward. Make sure you avoid anything routine, and if you see this is happening you need to find a way to change or boost something to break the cycle.

You also need to be looking at your game and thinking specifically about which areas might be holding you back. It might just be one thing that’s holding you back. I can’t point that out here as I don’t know you personally or how you play but this could be something technical, tactical, physical or mental. It’s up to you to have a look and try and figure out what it is.

Here are some general tips that I can share with you…

Number one would be to start getting some one on one coaching with a decent coach. Or if you’re already getting that then maybe try a new coach and see if that has an impact.

Number two would be joining a new table tennis club, or a new session inside your current club. See if this can spark any change.

Number three would be to work on improving your table tennis fitness. I know that this can have some quick results on your game if you get fitter and stronger.

Lastly would be the idea of maybe taking a break for a week or two. You could be just tired or burnt out, either mentally or physically. Having a break could help you come back stronger than ever. And this can really work, sometimes you just need a break to recharge.

I really hope that all this helps you with your plateau and that you are able to continue improving your table tennis very soon.