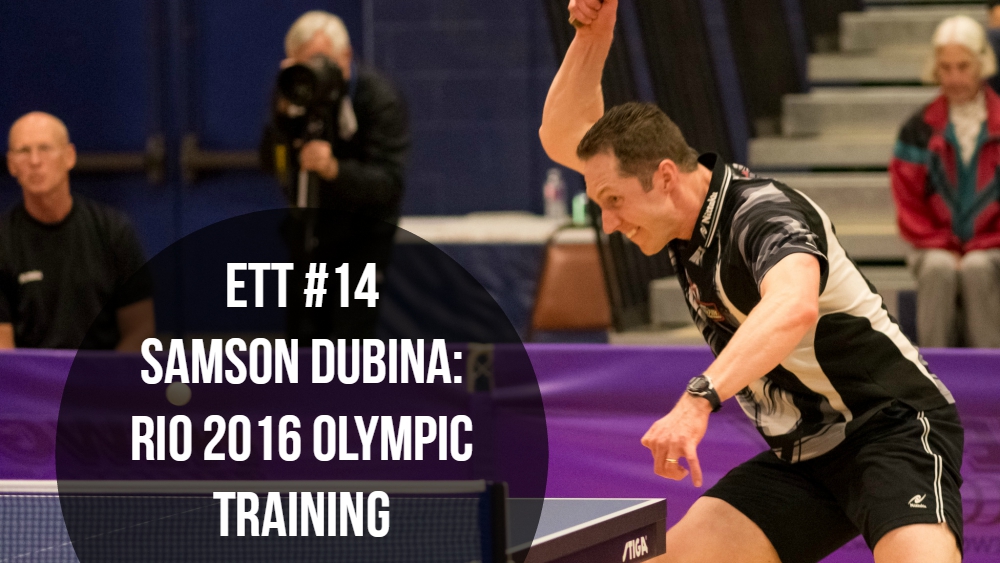 The Rio 2016 Olympic Games are less than a year away (they come around quick don’t they!) and one man who is determined to do everything he can to get there is Samson Dubina from Ohio in the United States. Samson is 32 years old and has been playing table tennis for twenty years. He made it to the World Championships in Japan in 2009, but other than that hasn’t had the chance to represent his country much internationally.

Unfortunately, Ohio isn’t much of a mecca of table tennis and Samson has been ranked #1 in the state for the past 14 years. However, after receiving some extra funding, Samson has decided to commit to six months of intensive training in preparation for the USATT Olympic Trials in January 2016.

In this episode, you will learn a lot more about Samson, including his development as a player from a 12-year-old beginner to his peak in 2008 at the age of 25. You will also get the opportunity to learn how a top player schedules their training to ensure they are fully prepared to play their best at a major tournament.

Thank you so much for joining us. I really hope you enjoyed the show and learnt a lot from listening to Samson.

I am pleased to say that The Expert Table Tennis Podcast is getting more and more popular each month. That is all thanks to you guys, the listeners, for sharing the show with your friends. But let’s not stop there! Please would you subscribe on iTunes and leave us an honest iTunes Podcast review (if you haven’t already), and do continue to share The Expert Table Tennis Podcast with your friends and followers on Facebook and Twitter. I really appreciate your help!

A big thank you to Samson for joining me on this episode. I really hope he qualifies for the Rio 2016 Olympics and shows everyone that dedication and persistence pay off.

I also spoke to Samson briefly about the current issue of boosting in table tennis. This is something that effects Samson personally and it was great to hear his take on the subject and ideas going forward. Unfortunately, due to time constraints, the section had to be cut from the podcast. But I decided to upload it to YouTube as a stand-alone clip.

I’ll be back with a new episode next Friday. Joining me will be Kevin Korb, the self-proclaimed “tall, lanky, white guy who does trick shots”. Kevin is the new owner of The Topspin, a full-time table tennis club in California, and just a really cool dude.