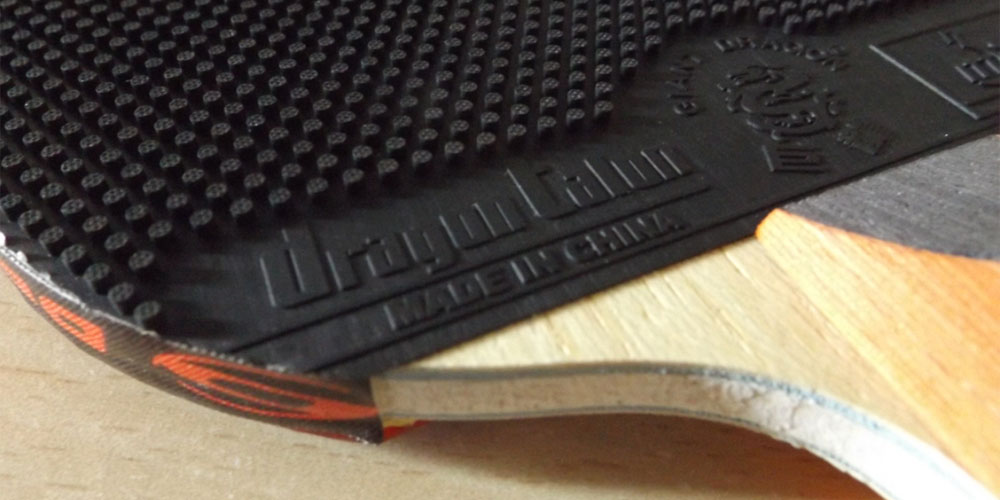 This is Episode 025 of the Ask a Table Tennis Coach podcast. Today’s question comes from Steve and is all about using short pips in 2017 and beyond.

Ok loads of questions there and I’m by no means a short pimples expert. I played with them briefly on my backhand when I was a cadet, so many 10 years ago, but only for a year or so. Since then I haven’t had very much to do with short pimples or coached anyone using short pimples, but I’m going to share some of my thoughts and hopefully something I’ll say will be helpful.

I’m not sure about professional pen holders with short pimples on both sides, and I don’t have any new players to share with you Steve. But there are a couple of players who do use short pimples that I do like to keep an eye on, and enjoy watching.

The first is 25 year old Mattias Karlsson, from Sweden. He’s currently ranked number 29 in the world and uses short pips on his forehand, but not on his backhand. And he’s a really interesting player to watch because he’s improving quickly and still very young. 18 months ago he wasn’t even ranked in the top 100 and now he’s up in the top 30 in the world.

Really exciting and it would be great to see if he’s able to build on that or if he gets stuck at that level, because it can be really difficult to break through. But I would love to see him inside the top 20 or the top 10.

Most of his success comes since the change to the new balls. The end of 2015 and start of 2016 is when he really broke through and started getting really big results and a decent ranking. Perhaps a new 40 class ball that’s slightly bigger and harder has even helped him, who knows. That’s one thing to think about.

The other player that I like watching is England’s Tin-Tin Ho. I’m a bit biased because I grew up playing at a club that she was at so I’ve seen her coming through all the way over the last 10 years or so. She does the same thing. She’s a penholder and has short pips on the forehand and reverse rubber on the backhand, which is like her older brother’s set up. They both seem to use that set up effectively.

Tin-tin is ranked just inside the top 200 players in the world. Back a few years ago when she was a cadet she was ranked top 10 in the world in cadet rankings. She’s been spending a lot of her time doing school work and is very academic. She finishes school in the summer so I reckon next year you might see some really big things from her. She might improve really quickly and start to make a name for herself in the professional circuit if she really goes for it in table tennis.

Two players that are using short pimples effectively that I do like to watch. Certainly the game isn’t dead in the new era, there are people that are using it. Mattias Karlsson especially has done so well over the last couple of years and I don’t think he would say the new ball had any negative effect on his short pimple game.

I guess the other thing to think about, Steve, since you didn’t say how old you are is quite interesting to think that with all the new players coming through and short pips being used less and less it could actually be more of an advantage. If you imagine all the different players out there that are all training hard, how many of them have someone in their club using short pips that they are able to practice against?

So if you are a younger player and you are using short pips, and you’re using them well and training with them, you might actually be able to get lots of good wins against players who simply don’t have the experience playing short pimples. You’re able to confuse them and they won’t know the tactics or have the mental strength to get through that.

Another thing I would say is that it certainly seems that the importance of the backhand in the modern game is really come one. There’s all these banana flicks and people using their backhand a lot over the table to attack the ball. In order to do that I definitely think you need to have a reverse rubber on your backhand. You’re going to struggle to be moving across to the forehand side to play banana flicks with short pimples on the backhand, I would think. I’m pretty sure its doable, but you might not have the same effect.

Again I will say that I am by no means an expert in this, so take everything I say with a pint of salt. But it seems like players are going for these spinny-er rubbers. I know you mentioned that Steve. From what I can tell from watching Mattias and other players is they’re basically just using the short pips in the same way that they would use a reverse rubber.

Their looping with it and doing all the standard stuff and all that’s happening is the short pips are giving the ball a slightly different effect. Which could be making things a little bit more difficult for their opponents. So it does seem like you need to have a spinny-er short pips rubber to be able to loop, but it’s certainly more effective and its not dead.

Mattias Karlsson is living proof that short pips are continuing to get results. And if people said the same about the pen hold game, about it dying out, well as long as there are players in the top rankings using it you can’t say that its dead.