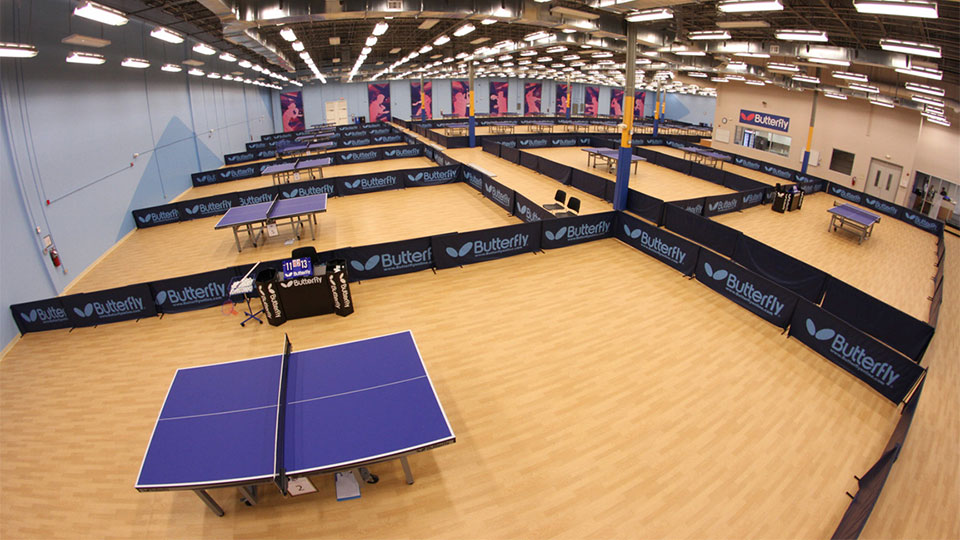 This is Episode 048 of the Ask a Table Tennis Coach podcast. Today’s question comes from Joey and is about transferring practice skills to matches.

“I started playing table tennis about 5 months ago and I’m having trouble implementing all of the moves I’ve learnt during practice into my matches. I often miss the ball and shorten the full and nice stroke which results in a bad stroke. Do you have any tips for implementing the tips learnt in practice into actual games? I really try in matches to score the point which also makes me stiff and inflexible rather than loose and easy.”

This is one those questions that come up again and again and again. Especially from players that have been playing seriously for less than a year. This is one I get emailed and asked all the time. Thanks for asking it and I look forward to answering it.

If you’ve just started receiving coaching fairly recently what’s going to happen is you’re going to see a big improvement in your technique and style. You’re going to start feeling you know what to do and you understand the shots and everything.

But when you start playing competitive matches you’ll probably find that all of that goes out the window. And it can be a really frustrating period when you’re six months into serious table tennis, you’re developing as a player but you’re not able to do in the matches what you’ve spent all these hours doing in practice.

You start to worry if you’re ever going to put it all together or if you’re just going to be good at practicing but the same as always in your matches. I just want to encourage you that it’s going to be a frustrating period for you but you will get through it.

After a while, it’s going to get a lot better. Everyone struggles with this to an extent because you can’t play as well in your matches as you do in practice. I think this is a big issue for new players that you will eventually get through and make it out to the other side.

You kind of answered your question a bit in the end when you spoke about trying really hard to win and that can make you stiff instead of relaxed. When you’re training you’re really comfortable. You’re in a ‘safe-zone’ and focused on just playing your strokes and getting them to feel right.

You don’t have any of the distractions that you’d get in a match because your coach or partner are probably trying their best to give you a good feed and help you to play well. That’s an environment where you’re obviously going to play your best.

In matches, it’s the complete opposite of that. You start worrying about winning and thinking about the score and you’re going to forget how to play properly.

You’ve also got the fact that your opponent is deliberately trying to make you play badly. Which doesn’t really happen in training that often either.

After a while, all of these skills are going to become automatic for you. What you’ll find is that the techniques that you’ve been learning will be so ingrained that you’ll always be using them. You won’t have to think about ‘How do I play a good forehand in this situation?’, you’ll just naturally play a good forehand.

But for now, you’ve not quite got to that level. That’s just part of your development. In order to play a decent forehand to all of these different balls, you need to be consciously thinking about it otherwise you revert back to your old habits and techniques. That’s just something that over time you’ll get through.

I would say the best thing for you to do is not to worry about winning in your matches at all. Because it doesn’t really matter if you’re winning random matches that you’re playing now. Instead, you need to focus on playing well and playing correctly in all of the matches and games that you play.

That’s what the Chinese coaches’ try and encourage all of their young players to do. I know that some players will get told off even if they win their matches if they’ve won the match by playing badly and doing weird stuff while not making the right decisions.

The coaches know that that’s no good for them in the long run. It’s much better to lose the match now but use                 that time as practice for how to play properly and to improve. Much better to do that than focus on trying to win the match and having the mind set of ‘I don’t care how I win the match, as long as I win’.

Just focus on playing well and doing the kind of things you should do. That’s going to be the way to go about it.

Finally, don’t forget that it’s impossible to play as well in a match as you can in practice. Practice is a controlled environment and often you know where the ball is going which can get you into a rhythm. It really allows you to play your best flowing table tennis.

Matches are designed to be difficult. It’s an unpredictable environment. That’s something that you’re going to have to get used to.

If you’d been playing for five years instead of five months I’d probably have a lot more to say to you but for now, in your situation, I would advise to keep training hard and doing the right things. Focus on improving your fundamental skills. And practice them in your matches.

If you miss the table or shots but you are doing the right thing that’s ok. You’re really just waiting for it to all come together. The more that you’re using the correct technique and strokes in matches the quicker it’s going to become second nature for you to play in the correct way.