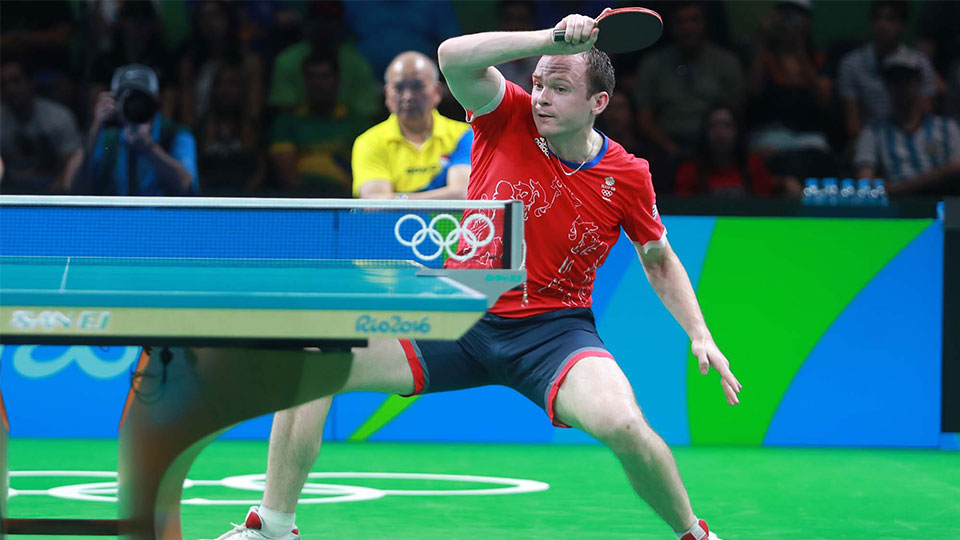 This is Episode 051 of the Ask a Table Tennis Coach podcast. Today’s question comes from Franco and is about how to stop playing all forehands in matches.

“I’m a new player and I have a problem with my backhand when I play games. I often use my forehand even when I should be using my backhand. How can I solve this problem? It’s causing me to lose matches.”

This is a really interesting question, Franco. I’ve got a lot of new players that I’m coaching at the moment and I see that many of them have the same problem. Some of them really like playing forehands and they try playing all forehands and no backhands. Others just prefer to play backhands all the time.

Primarily this is just a confidence problem. I’d say that players that are quite new and stick to forehand or backhand don’t trust their weakest side. You might be worried if you play a backhand you’ll miss so you try and play forehands.

This is a rational fear because your backhand side is weaker than your forehand. You know that it’s weaker and you’re worried so you don’t use it. Ultimately you can’t continue playing table tennis like this. You’ll be too easy to exploit as a player if you’re only good on one side.

What do you need to do?

Firstly just focus for a while on practicing your backhand more in training. It could be tempting when you’re good on the forehand and not so good on the backhand to just keep working on your forehand all the time. But this won’t help you in the long term and the problem will just keep getting worse.

It can even become a bit self-fulfilling where even the fact you think your backhand is bad means that you don’t practice it and this actually makes the backhand bad and it just goes on and on.

You could also try and get some technical coaching from someone who knows what they are talking about just to check that you’re not doing anything wrong with the backhand that might be making it more difficult for you to learn and play.

It’s probably not going to be as much fun training your backhand instead of your forehand. And it might be frustrating. But if you stick with it and at it then I’m sure you’re going to be able to improve that quite quickly.

Secondly, once you have started to get the hang of the basic technique you want to start practicing your backhand in match like scenarios. You could do some practice points where you’ve designed the drill so that it forces you to do your backhand.

Alternatively what you could do is you could do whatever serve you like but you ask your partner to always return the ball to your backhand side so that the third ball in the rally is always going to be a backhand. You want to over practice the skill until you get really comfortable with your backhand then you’ll start seeing some real results.

Thirdly would be to mentally commit to using your backhand in proper matches and games and not worrying that you’ll miss. It might be a little scary but you’ve really got to think long term, not short term, with your table tennis training.

You might end up losing a few matches now that you could’ve won if you’d just stuck to using your forehand and running around. But developing the weak side of your game is going to pay off in the months ahead.

It’s always good when you’re a new player not to focus on your win-loss ratio. Judge your performances in your matches based on your decision making and how well you’ve played.

Did you play the right strokes? Did you use the good technique that you’ve been learning in practice? Did you attack the ball when it was there to be attacked? Were you thinking about your opponents weaknesses and choosing the right shots based on that?

If you did all of that stuff, even if you lose the match, you can go away feeling like that was a successful game for you. Then you can work out what made you lose and work on it.