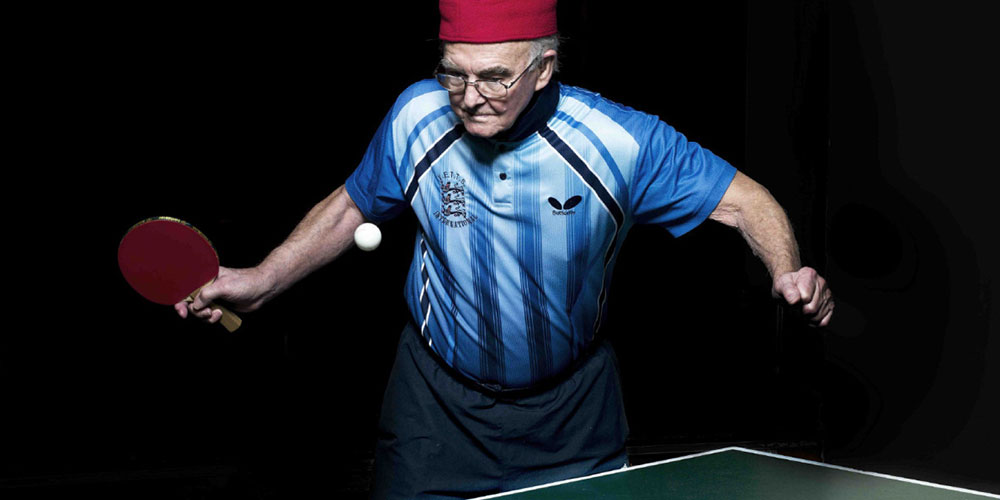 This is Episode 013 of the Ask a Table Tennis Coach podcast. Today’s question comes from Mark and it’s all about how to slow down and wait for the ball.

“We often hear that we should slow down, wait for the ball, and play at 70 to 80 percent of our power. But they never tell us how to do this or how to implement it. So my question for you is, how and what techniques, either mental or physical, can we use to slow down in such a fast game? I often suffer with going too hard long in my forehand and that affects my recovery and reaching for the ball too early on the backhand.”

Okay, well, you’re right Mark. Coaches always say stuff like this. We see players rushing to try and play shots and getting all tense and stiff and reaching and stretching and we’re going “slow down, slow down, take your time, wait for the ball.” But we probably don’t go much beyond that and do a very good job of explaining what we actually mean or how to go about implementing that into your game. So you’re definitely right, Mark.

I wonder if you’ve ever been in a situation where you’re given a piece of tactical advice, so you go over to your coach and they say, “you need to stop pushing the serve long, you need to push it short instead.” But then you just keep doing it, you keep pushing it long. You do it, and you tell yourself, “stop it, stop pushing it long, push it short.” Then the next point, you do it again. It’s really frustrating, and I think we’ve all been there and that’s the reason why it’s so difficult to change your reactions and your instinct, it’s because they’re ingrained.

They are part of what you do. If in practice, you’ve always pushed those kind of serves long and that’s just what you’re going to do in a game. It’s going to be really hard to fight against it. So instead, it really comes down to working out what you need to do in the training hall that’s going to slowly change your natural tendencies and reactions and allow you to play differently when you’re in the matches.

Now, the other thing that I think is important to mention is that it’s not always so clear cut between playing fast and playing slow. They key really is, you want to be fast with your shots, so when people say to slow down, they don’t mean to start playing these really slow shots. Your shots don’t need to be fast. It’s more about what you’re doing in between the shots.

So here’s an example, often players find that they are hitting balls harder and harder and faster and faster, and you see players just get more and more wild until they make a mistake. I think that comes from being really tense and nervous and you get all that nervous energy and it just comes down to this crazy way. Instead, what you need to do is, I guess, you have to play it short – be fast, be aggressive, accelerate, but then have some kind of mini relax before you play the next shot. So you explode then you have a tiny period to relax then you explode again. I think that’s what people are saying when they are talking about waiting.

A lot of aggression comes down to relaxing and it’s getting the stuff right that’s in the gaps that’s the key. Not being really tense, and just rushing from one big shot to the next, but instead being able to relax, take your time, let the ball come into you, and then you explode with the shot and then you relax, you let it come and then you explode.

This all come down to training. Do some drills, where you’re only playing at 80%, do drills where you’re focusing on waiting for the ball and then exploding, waiting for it and then doing a big fast shot. It’s only a split second that you need to wait so you’re not waiting for it to drop really low and just taking that tiny pause that’s going to give you a bit of extra stuff before you make the contact.

I remember a tip I heard from another table tennis coach, and they were making the point that, as the ball is coming towards you, and you’re in your backswing, think about trying to power up, trying to build this energy boost inside you that you’re going to release into the shot. So you watch the ball coming into your forehand and you’re getting ready in your backswing and you’re rotating backwards, and it’s quite slow but it’s building up and then it’s going to all explode out of you.

So, I really hope that makes sense. I hope that you’ve got something from that and I haven’t just confused you even further. It’s quite difficult to get your head around but once you understand that that kind of stuff is really going to help you to feel like you’ve got more time but to still be playing a fast game and very explosive.