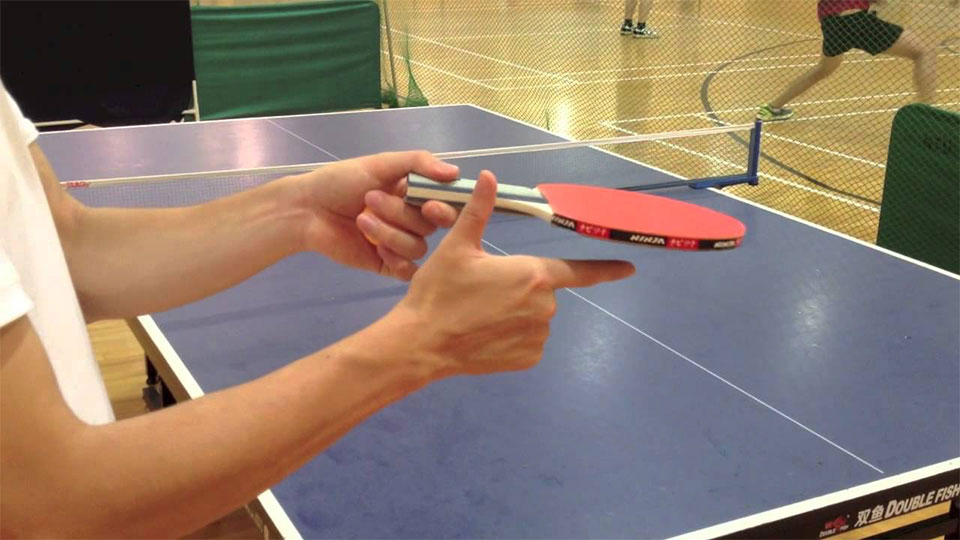 This is Episode 057 of the Ask a Table Tennis Coach podcast. Today’s question comes from Jonathan and is about serving with corkscrew spin.

“I’ve played some guys lately who have a really strong break bounce on their serve. I can achieve something similar but by no means as sharp of a turn as these fellows. How can I increase the amount my serve is breaking? And where is the most effective spot on the table to place a sidespin ball when serving?”

Great question here, Jonathan. You’re right about needing a good spinny serve. It can really take your game up to the next level. I’m going to tackle this question in reverse. I’ll start off by talking about the placement.

The first thing to say is there’s no single most effective place to serve on the table. Something that I say often is when you’re playing sports one on one it’s not always about being the best. Sometimes it’s much better to have variation. Mixing things up can be the key.

Try not to think about the best thing to do in a general sense. Be a bit more specific to who you are playing and keep things unpredictable.

However, when you are doing these really heavy side spin serves it can be good to get the ball fairly close to the edge of the table. That’s going to make it a little more difficult for people to return. Especially if the person you are playing against isn’t particularly experienced in dealing with heavy sidespin.

Lets assume we’ve got two right-handed players playing and you’re doing a forehand pendulum serve with heavy sidespin. What you’re probably going to want to do with that one, if you’re playing a less experienced player, is just aim to serve that really wide to their forehand side.

Because after that ball bounces and hits their racket the spin is going to take it off even further to that wide forehand side. So they’re likely to put the ball off to that side to your backhand as it will kick off and shoot to the side.

That’s unlikely to work against advanced players. Ones that understand side spin and adjust for it. But if you’re playing against newer players or beginners aiming for those wide sides, depending what spin you’re doing, can be a good tip when you’re doing sidespin.

Let’s have a talk about this big break bounce or sometimes people call it a kick where ball bounces and kicks off in a different direction. I would say that, as I can’t see this, my general impression would be that there’s a good chance this isn’t your standard side spin serve. I think there’s a chance that these guys are doing a corkscrew spin serve instead of a side spin serve.

The corkscrew spin is much more likely to have the ball bounce and change direction instead of just generally curving around to the side. I would say the first thing you should do, Jonathan, is have a little search on YouTube and look for ‘Corkscrew Spin Serve’. It will all be table tennis stuff that comes up.

Have a look at a few videos and get an understanding of what’s going on. Basically what it is is when you make contact on the ball you’re going to be coming up and brushing up the side of the ball instead of across the back or side of the ball. So the bat’s coming up in a vertical motion instead of going across in a horizontal motion.

That’s the difference between corkscrew spin and a general sidespin serve. The sidespin serves are going to drag the ball around to the left or right but it will probably curve in a more standard and natural way.

Whereas the corkscrew spin is going to bounce on the other side of the table then really kick off to the right or the left.

You should be able to do this serve with your forehand or your backhand. It’s totally your preference. Something to have a go at while practicing. Now it will need a lot of practice before you get good at it and having the ball really kicking off in another direction.

But once you get it that’s going to confuse lots of people and it can be very effective. The key is to come up the side of the ball instead of going across the back of the ball. Do that and it should be working.