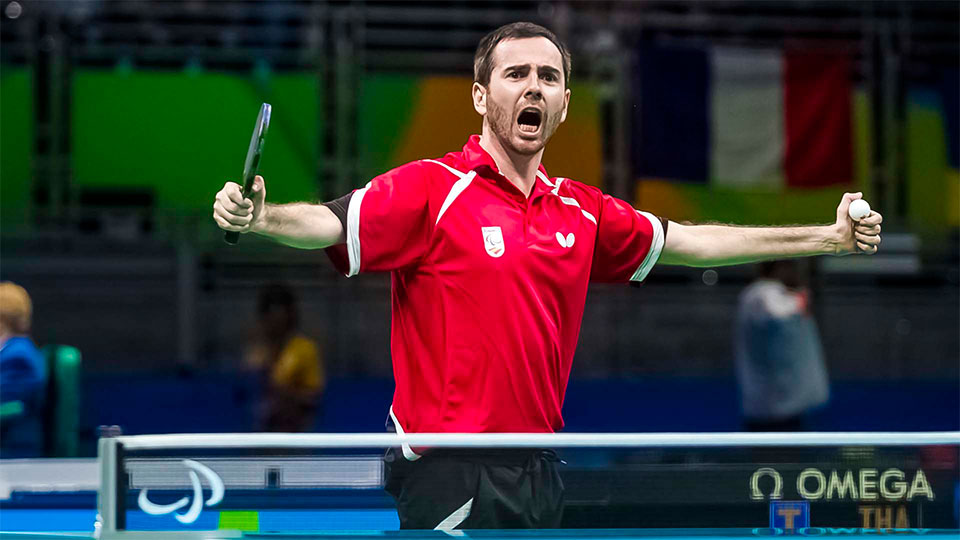 This is Episode 033 of the Ask a Table Tennis Coach podcast. Today’s question comes from Ron and is about  placement, tactical decisions and what to do when your opponent is blocking you all around the table and making you move.

“How should I tackle the following scenario – I play a pivot forehand from my backhand corner, my opponent blocks down the line to my forehand, I hit a forehand topspin again by cross-stepping over to my forehand side and then my problem starts when my opponent returns back the ball to my backhand again. Now in this case I’ve lost my tactical advantage and I’m on a defensive roll. How can I take the tactical advantage when my opponent is trying to exploit my deep forehand corner and then returning the next ball to my backhand?”

It sounds like what you want to know, Ron, is how to maintain a tactical advantage when your opponents a good blocker and they’re moving you all around the table using wide angles, particularly getting you over to the wide forehand.

Personally I’ve always been a bit of a blocker, especially as a junior. I beat lots of players who probably looked better than me technically and had better coaching but I just stayed close to the table, kept things tight, and moved them around the table.

This was particularly easy for me when they were a looper and they were just looping straight into my forehand and backhand block. Lots of juniors have just been drilled into looping onto those spots because they’ve done loads of training exercises against forehand and blocking.

That was perfect for a blocker like me because they were just unconsciously putting the ball exactly where I wanted it, making it easy for me to block.

Ron I’m assuming you have good technique and footwork, that you’re not losing any ground there. What I’m going to talk about instead is placement. We’re going to completely focus on this.

If you play a pivot forehand – where you go around the corner of the table and you play a forehand from the backhand side – what you want to do is make sure you never play it down the line. If you play that shot down the line you’ll be giving your opponent a really easy diagonal block which gets you wide out to your forehand making it tough for yourself.

Instead you want to do the complete opposite. As you go around the corner to play a forehand you’ll want to try and play that shot as wide as possible into your opponent’s backhand corner, if we’re assuming you’re both right handed. You can also try and add some fade on that ball as well, giving it a bit of side spin, that way they’re going to really struggle to play the next ball wide to your forehand.

They are almost certainly going to be blocking that ball back into your backhand two-thirds, meaning you could just stay there and follow it up with a really big forehand. You don’t even need to worry about doing a big cross-step over to the other side, if you get the angle wide enough.

I think that will help a lot if you’re doing a pivot forehand and I see a lot of top players doing this as well. If they do go around they make sure they get a really wide angle into their opponent’s backhand to try and force them to feed the next ball back to them.

That’s probably the first thing you can do. Just stop them from going wide into your forehand in the first place. If they have managed to get you out wide on your forehand then what you need to do is the reverse of what I just said.

If you’re doing a pivot forehand you’re aiming wide into the backhand. But if they’ve got you wide out to your forehand you’ll want to try and hook that ball back wide and deep into your opponent’s forehand side. Then it’s going to be really difficult for them to try and block you wide to your backhand.

Because you’ve given them that massive angle they’re probably going to be giving you the ball back to your forehand side or into the middle of the table. Then you’re going to be there and ready to play a strong forehand shot and hopefully try and finish off the point.

It’s about using your placement to try and stop your opponent from making you move big distances. The less you’re moving the easier it is to just stand your ground and play big shots to finish the point.

Now if you find your opponent is still managing to move you all around the table and you’re not able to find wide angles feeling a bit off balance and not in control, your best bet is to attack their crossover point.

If they are right handed – aim at the right elbow and hip area, and the same follows for left handers. That makes it way more difficult to block the shot and is going to force them to move as well instead of allowing them to stand there blocking you the whole time.

I remember I used to hate playing people who would always attack into my middle as it would make things really difficult for me. My footwork wasn’t that good but luckily not very many juniors did it. The ones that did though, the higher level ones, made it almost impossible for me to block them around.

You can find more tactical advice in Larry Hodge’s book – Table Tennis Tactics for Thinkers. Really brilliant book and one of the best ones out there. You can find that on Amazon.com, and have a read through that as it will open your mind to so many tactical ideas.