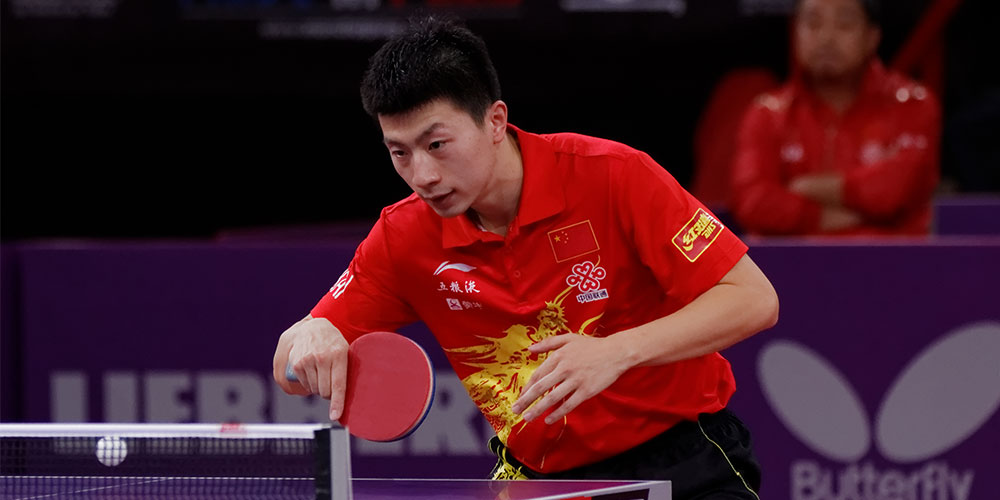 This is Episode 029 of the Ask a Table Tennis Coach podcast. Today’s question comes from Eddie and is all about how to read your opponents placement.

“I see a lot of top professional players moving into position for their next shot before their opponent even hits the ball by reading their opponent or possibly guessing the probability of the next shot. This is amazing anticipation and fast thinking. Can it be trained, or has this become second nature to them?”

Well Eddie I guess the simple answer is it’s both. So it’s clearly been trained but its also become second nature. Table tennis is such a fast sport that almost everything has to become second nature and has to be subconscious and automatic in order for you to use it in a game. Just because you don’t have time to watch what’s happening, decide and tell yourself what to do. It doesn’t work like that.

Your brain needs to be able to recognize the patterns and just react instantly. This is why high level players can take a break for like 30 years, come back, and still be beating loads of decent players. It’s because the skills of reading the game have become hardwired into their brains. They basically can’t help it but know what’s going to happen next and where the ball is going to go.

They might have lost some sharpness but everything else is still there. So they can come back off a ridiculous break and still be a top player.

I guess the question becomes how can you train this? How can you get these skills? Some of that is just going to come over time and experience. Even if you watch a basement recreational level table tennis player, who’s been playing for years without any coaching, their technique might be rubbish and wrong but they’ll probably be really good at anticipating and reading the game. This is because that would have naturally developed from having played.

You can do things like playing as many different people as possible. Play lots of matches. Then pay attention to your opponent, rather than yourself. Focusing on what they are doing and what is going to happen next. Think of it like a game of chess and that’s just going to happen on its own.

Lets say you’re doing a regular drill. Like a standard footwork drill, something like backhand middle – backhand wide. That’s going work on your footwork, technique, your power, but it’s not going to do much for your anticipation. Because you are just playing a robot. You know exactly where the ball is going and you’re just thinking about moving here and playing this shot. You haven’t got much thinking going on.

You’ll start to see it earlier and earlier. Your brain will want to work out what’s going on. That’s going to make it much easier to play table tennis and you’re going to have a lot more time to react. Generally you’ll just become a better player.

It’s not just about watching the ball, bat or wrist when you’re doing these things. I once played a match against Sam without my glasses on when we were doing the Expert in a Year challenge and I found I was able to read the direction of the ball mainly just from his torso and upper body movements. I didn’t really know what I was looking for, it was all subconscious. But I couldn’t stop myself from doing it. And the score we had in the game was basically as it was if I had glasses or contacts on despite I couldn’t actually see what was going on and I was struggling to see the ball.

So I would suggest adding some irregular drills to your training, try and play lots of matches against people and focus on them not yourself and I think you’re going to start to get this over time. You might not realize the improvement but it’s going to be happening inside your brain. Those things are going to be coming together and slowly but surely you’re going to be improving your anticipation skills.

Thank for a great question, Eddie.