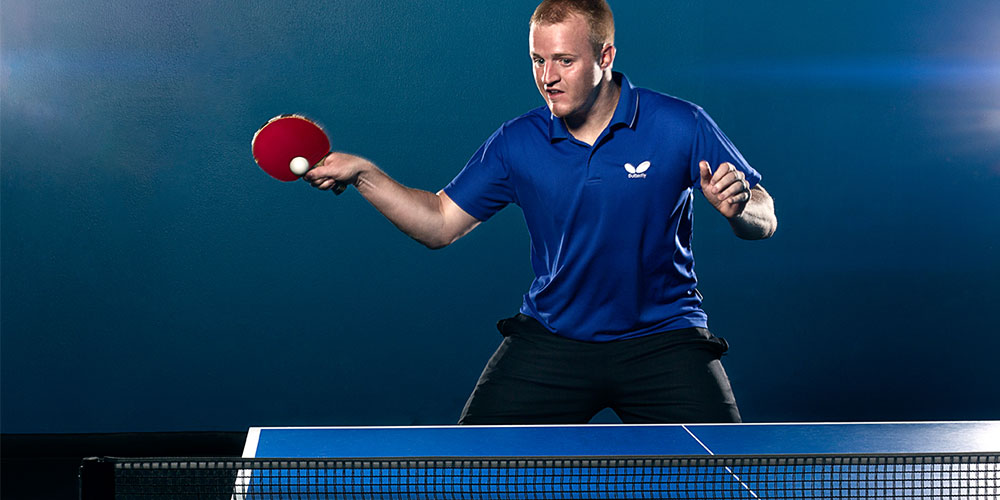 This is Episode 015 of the Ask a Table Tennis Coach podcast. Today’s question comes from Roman and it’s all about how to plan an effective training session.

“Hello Ben! I’m currently playing at an amateur table tennis club and we don’t have a coach. So I want to ask you, what should our typical training session look like? Currently, we begin with a warm up, doing forehand and backhand counter hits and then we just play matches for two hours or so. And that’s the entire training session, which I don’t think is very good, in my opinion. Please help.”

Well, Roman, this is really good question and something that comes up a lot. People that go to table tennis clubs and then just play matches for basically the whole session and don’t really do any drills or work on anything specific. You’re correct to think that the training that you are doing currently is probably not ideal and it’s unlikely to help you to improve as quickly as you possibly could.

It’s really good to play matches, you want to make your training relevant but I think it’s also important to do some drills as well, and not just to do matches 100% of the time even though they are a lot of fun. Keep the matches as just one component of your training.

Now, most players working under a coach and go into structure training sessions, I think their session would look something like this. Maybe it will start with some kind of physical warm up, jogging around the hall, doing things that are going to get their body warmed up and then they’d go on to the table and they’d do the forehand-backhand counter hit like you say, Roman, to get muscles moving and get their shots warmed up.

Then if you’ve got a 2-hour session, you might want to break it down into 4 sections, roughly half an hour each. You might start off with some regular drills, some footwork drills – you think of something like Falkenberg, where you play a backhand and then you play a forehand from the backhand side, then you play a forehand from (alsjdhfkshf). Drills where you know where the ball is going and you’re working on your consistency, you’re working on your footwork. A lot of the sessions are going to start with those kinds of drills.

Then the second section of your session would be maybe to move on to more irregular or more random drills. Again, it might be working on footwork but you might do something such as one ball to the middle of the table, and then one either side so that you now you’re having to use your anticipation a bit more and it’s not just about focusing on the technique and the movement but you’re actually having to watch your opponent, and read the ball and do those kinds of things. So that would be the second section.

The third would be maybe moving into more drills that are to do with game situations. I always really enjoyed this when I was training. It might be something like, you do a short serve, you get a long push to the backhand, you do a backhand loop down the line, and then you play the point out so they can attack you anywhere from there. You can come up with all sorts of things like that, sometimes I call them plays, where you’re doing the same set piece over and over again.

Or you can make it more difficult, you can make it irregular as well, maybe do a short serve and you get your opponent to go short to the forehand or long to the backhand then you play it out from there. Those kinds of drills where it’s now, you’ve progressed through so it’s much more like a game but it’s still very much a drill when it gives you the chance to work on a particular thing. If you’re weak with your backhand drives you can maybe do 50 to a 100 of those in your drill before you move on to the next person.

Finally, for the last half an hour of the session, you might just move on to doing some matches. It might just be completely free matches; you might find a way to organize those that you enjoy. Ending with some matches and then after that, cool down with some stretching to prevent injury.

So that’s quite a good framework, I guess, if you’re organizing a session. That can be adjusted throughout the season, so if you’re right in the middle of a competition, coming up all the time then maybe you want to do a few more matches, a few more game situation drills. If you’re in the pre-season, not got any tournaments coming up, you might want to focus a bit more on your technique, your footwork, and the stuff that you do at the start of the session, do that a little bit more.

Loads of stuff that you could do there. I think, the really important thing is that someone needs to take charge in these sessions. Roman, that might be you, maybe someone else, but even if you don’t have a coach, you need someone who’s going to be an organizer, someone who’s going to say, “you go with him, you go with him,” and tell players when to change partners, tell players when to change drills.

I really hope that’s helped you out and giving you something to think about. Loads of players do training in these places where you don’t have a coach and you’re left your own devices but I think there’s so much good stuff from the internet nowadays that you can work around that, provided someone’s prepared to step up and take the lead.