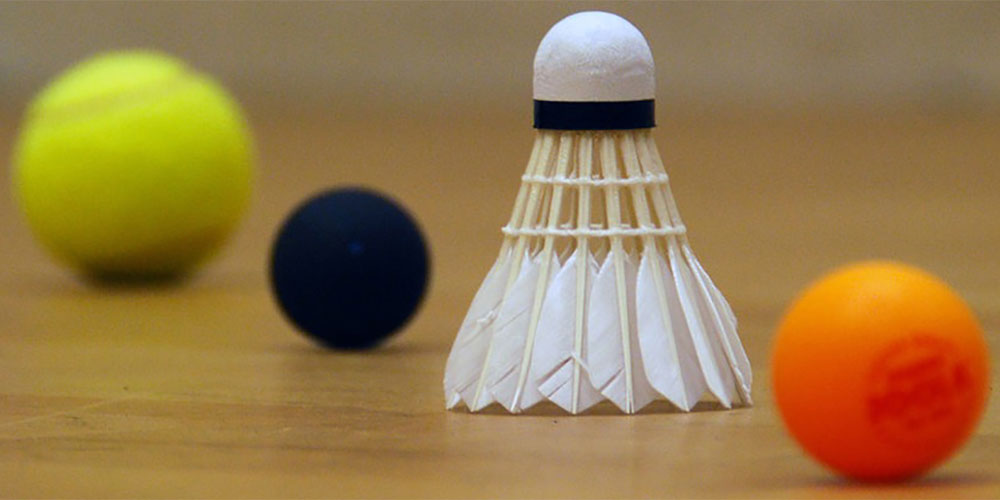 This is Episode 028 of the Ask a Table Tennis Coach podcast. Today’s question comes from AJ and is about the possibility of training tennis and table tennis at the same time.

“Hi Ben! Is it possible to play both lawn tennis and table tennis at the same time and to be a champion in both of them?”

But that doesn’t mean that it can’t be done and that it’s not possible to play lots of other sports. Especially if you’ve got a lot of time and access to the facilities. So yeah, of course it’s possible. Lots of research says that with children that it’s probably better at a young age not to specialize and to play a wide variety of sports. So you can pick up different transferrable skills.

Often I would find that the kids that have played other sports actually improve at table tennis faster because they are able to jump start some of the development. They remember how to do footwork from another sport or they recognize certain patterns and movements.

So becoming an all around athlete at a young age is probably a good idea. If you’re an adult already, maybe that still transfers. I’m not 100 percent sure. At some point you probably need to specialize in order to reach the top. And that could just be down to the amount of time in the day. There’s not enough time to really go for it in 2 different sports. Sports become more and more competitive, so the people that are reaching the top are tending to specialize fairly early on and then do lots of training just in that one sport.

Now in the past people such as Fred Perry have kind of reached the top of both sports. So he is a famous British tennis and table tennis player who really reached the highest level in both of those.

Personally I probably don’t believe that that is possible today and it probably never will be again. I don’t think we’re going to see someone winning Wimbledon one minute and playing on the English table tennis team on the next. The sports have just become too specialized and professional. They demand too much of their elite players to allow them to do 2 at the same time. That’s my view anyway. Especially in highly competitive sports.

I’d say that you’re able to be a professional in one sport and still competent in others. I mean lots of table tennis players are decent at other sports but it’s table tennis that’s clearly their main sport.

I’ve seen lots of videos on YouTube of tennis players playing table tennis, and lots of them are quite good. I’ve seen Andy Murray in particular who’s pretty decent at table tennis. Now he’s no expert but in terms of people that haven’t had table tennis training I think he looks pretty decent.

But if you want to be a true champion AJ, and how you define champ is up to you, and you want to reach the real top of a sport you’re going to have to focus on one. You’re going to have to start training at a very young age and putting a huge amount practice and even then perhaps that wouldn’t be enough for you to reach the highest levels. Because you’ve got talent and all sorts of other stuff as well.

Before I wrap this up I just want to have a little talk about Racketlon. Racketlon is something that a lot of people haven’t heard about but I’ve entered a tournament and I know quite a number of table tennis players play it and organize it. It’s really cool.

Racketlon is a chance for you to train and compete in all 4 racket sports at the same time. The way it works is that you play a game up to 21 in table tennis, badminton, squash and tennis. Then you add up all the points and the winner is the one with the most points.

It’s a really brilliant idea and really enjoyable. I did a tournament last year in 2016, got absolutely battered because I’m only good at table tennis, but I had a really great time and it was so much fun. Now the best player in the world is called Jesper Ratzer and I actually did an interview with him on my Expert Table Tennis podcast. You should go and check that out.

But he’s been undefeated for almost 3 years. And that’s playing all these big world tournaments, no one can beat him. He’s just retired so I guess the top spot is up for grabs. It would be quite interesting to see who would fill that.

So AJ maybe look into Racketlon and see if there’s any kind of club or tournaments in your local area where you can do that. If you like playing more than 1 sport and some people just like a bit of variation then Racketlon is a great way to do that and still compete and perhaps maybe reach a high level getting to do all 4 at the same time.