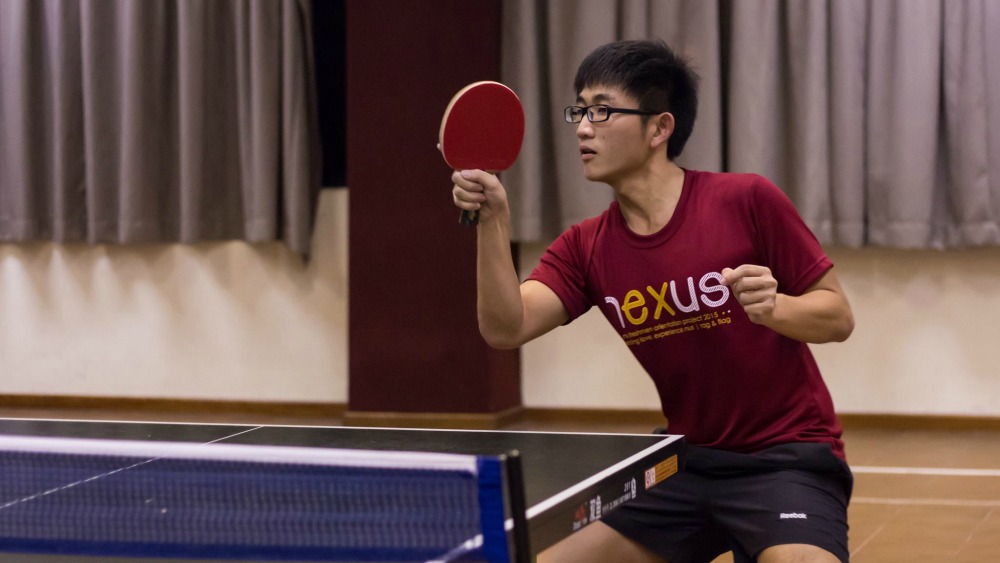 This is Episode 001 of the Ask a Table Tennis Coach podcast. Today’s question comes from Chris and is all about how to improve your forehand drive.

“I’m OK on my backhand side, but I’m struggling a lot with my forehand. Have you posted any common mistakes for beginners learning the forehand drive? I’m thinking there is a checklist I can go through to make sure that I’m getting everything right.”

Ok, well I guess the first thing I want to say is just that when you’re learning table tennis I’ve always found that some players they just find the forehand easier to learn and others find the backhand easier to learn. I’m not sure why that is but people do tend to have a preference, they find one easier than the other.

They are very different types of shots and what can often happen is you enjoy playing the forehand, you find that easy, you do that more, you neglect your backhand. The problem just gets worse and worse or vice versa. It’s great that you’ve identified this Chris and that you’re looking to improve your forehand and not just stick with the backhand that you’re comfortable with.

Now I have got a whole blog post that looks at the forehand drive. You can find that by just typing forehand drive into Google, I think it comes up at the top of the list. I’ve got some common errors listed there and that is definitely something you would want to look through.

But in this show, I just want to make one point – one big common error or one big kind of foundational thing that I think a lot of problems stem from when it comes to the forehand drive. That’s to do with body rotation.

This is what I see coming up lots and lots from players that say, “I don’t quite feel comfortable with my forehand. It doesn’t quite feel natural.” What I tend to see is that they haven’t quite got the hang of the correct body rotation, the correct twisting, the correct movement that is required for that shot and that’s the reason that they’re doing OK with the backhand but not the forehand.

Now if you pop onto YouTube and have a search for some of the Expert in a Year videos that I’ve filmed back in 2014 you’ll see that Sam’s first table tennis lesson started off with me teaching him the correct rotation for the forehand drive shot.

So, I got him down in the correct stance, he had his bat in his hand, and we really just worked on twisting from his hips and his legs and getting used to that rotation without the ball. That was just shadow practice and he felt a bit silly doing it but the time he kind of wanted to get going and start hitting the ball.

I think that’s a really important part because as far as I’m concerned you chuck in the ball and all of a sudden, especially beginners; people that are new to table tennis, you’re going to start to panic. You’re going to start to just be focusing on “Don’t miss the ball, just make sure I get the bat on the ball.” And the technique just goes completely out of the window.

I find that especially the forehand drive which is a bit complicated because it’s a whole body shot, whereas the backhand is more of just using your arm I think. That’s where shadow play and a bit of shadow training can be useful.

If you’ve got a mirror and you’re able to maybe watch a video of how to do the forehand drive and then kind of watch yourself in the mirror and see kind of how close are you to that correct movement of moving your legs, your body, your torso, your shoulders – everything kind of rotating back and forwards. I think that is really key.

That is the main point I want to make Chris, I think if you’re doing well with your backhand (which is predominantly just an arm stroke) and you’re struggling with your forehand, I think there’s a good chance that it’s just getting a hang of the rotation, of the weight transfer, the twist.

I remember back when I was coaching in schools a lot and the kids would always laugh at me just for being mad at times that I’ve been telling them to twist and rotate. It became kind of an inside joke, they’d tell each other to twist. I had one kid that would run around shouting “Twist!” at people whenever we were doing forehands because he basically knew that was what I was doing. He was basically just saying “That’s all you do, is just tell people to twist.” But that is how important it is to this shot.

There are other things. I mean have a look at my forehand drive blog post. There might be some other issues that you’ve got going on as well, but I think that probably it’s the twisting, it’s the rotation, and using your whole body for the forehand. That could well be the problem that you’re having. Look to work on that and I think that’s going to have a big effect and help you to have a lot more control and a lot more consistency in your stroke.