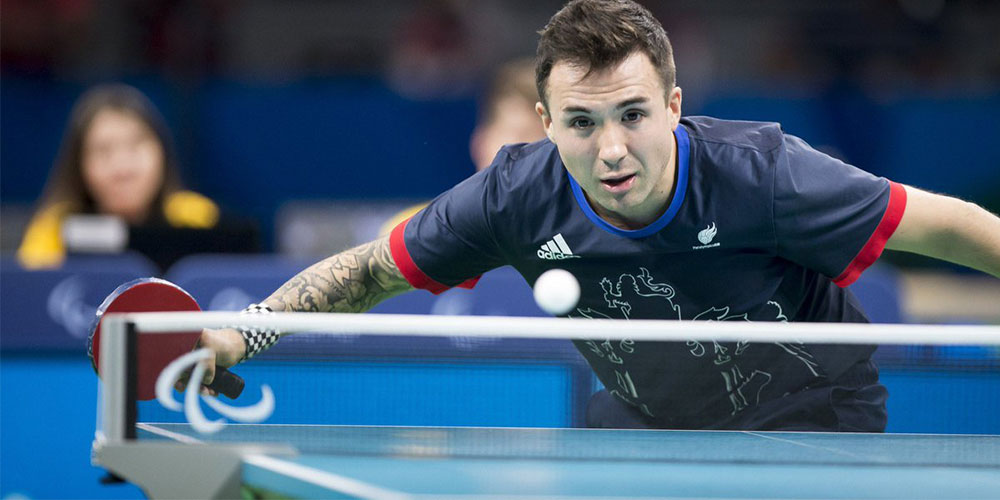 This is Episode 016 of the Ask a Table Tennis Coach podcast. Today’s question comes from Adil and it’s all about how to smash a high backspin ball.

“I play in a local club and one of my regular opponents keeps playing backspin balls to my backhand side. Unfortunately, I’m not able to make a backhand drive or smash, even when the ball is high. The ball just goes down into the net. Please tell me how to attack a backspin ball with my backhand.”

Well, it’s funny you should ask this, Adil, because a while ago I started recording “Ask Ben” youtube videos, and I only did a few of them. One of them was virtually on this exact same question, it was how to smash a high backspin ball. Some pros ask the same thing, they were getting high balls with backspin on them, and then they weren’t really sure how to attack them. So definitely go and check out that video, that might help a little bit. I’m going to try and talk a little bit more in detail about the backhand in this podcast because that’s particularly what you mentioned.

Often you’ll find while you’re at clubs, that certain players do like to keep giving you backspin balls. It can be quite annoying, it can feel like they’re maybe not at your level technically, but they’ve got quite good at slicing the ball and just giving you backhand spin all the time. It can make it really difficult to attack so I understand where you’re coming from.

Now, attacking a backspin ball is very different to attacking a topspin ball. This is something that’s really important to understand. When you attack a topspin ball, you can basically just close your bat angle, swing through it like a normal shot and the ball is probably going to go on the table. But if you do that to a backspin ball, where the ball wants to jump down, and you try and just hit over the top of it with a normal topspin, that ball is going to end up in the net.

Instead, you’re going to need to focus on brushing up the back of the ball and turning that heavy backspin into topspin with the acceleration of your brush on and creating the spin, not just hitting the ball. That’s quite tricky to do, it’s even more tricky on the backhand side. It’s generally people find it easier with their forehand. One thing you can try is to maybe use your wrist a little bit more.

If you think about having a loose wrist so that you can really flick the wrist through and get that acceleration, that fast speed, hand speed, that’s coming from the wrist. That’s going to help you to brush the ball quickly and finally and hopefully turn that backspin into topspin. If you’re punching through the ball with your backhand and hitting quite flat and quite stiff, then you’re going to really struggle to generate enough spin to get that ball up and over the net.

Now, you mentioned that sometimes the ball’s very high, and you’re still not really sure what to do and how to attack that high backspin ball. In my youtube video, I did mention this, if a ball is high and particularly if it’s high and short, then it shouldn’t really matter what spin’s on it. If you hit it hard enough, and you really go through it, and you commit to the shot, you should just be able to whack that ball into the other side of the table.

You do really need to commit and it’s a lot easier if the ball is shorter to the net because you can basically see more of the table. You should be able to, if the ball’s high, just give it a really big punch or kill or something with your backhand and get through it. It’s not easy, and if you wimp out and you’re not sure and you’re a bit hesitant, then that spin is going to take effect and the ball’s going to go down into the net.

So, you’re going to find opponents giving you these backspin balls into your backhand quite often because most people are not as strong attacker with their backhand as they are in their forehand, it’s one of those safe shots You can do long backspin into your opponent’s backhand side and often get away with it. One thing you might be able to do, Adil if you got a decent forehand, is look to pivot around the corner and get your forehand loop in on those backspin balls. Now you need to be careful that you’re not getting caught out and you’re not moving around too early and leaving yourself exposed on the forehand side.

You’ll often see a lot of players, if they are getting fed up with people giving them backspin balls to their backhand, they’re going to start moving around trying to use their forehand, if their forehand’s better. So that might be an option as well, but ultimately all these stuff is just going to take practice and learning to attack backspin balls is not easy. Maybe working with a coach or having to go against a robot might be a good idea for you.