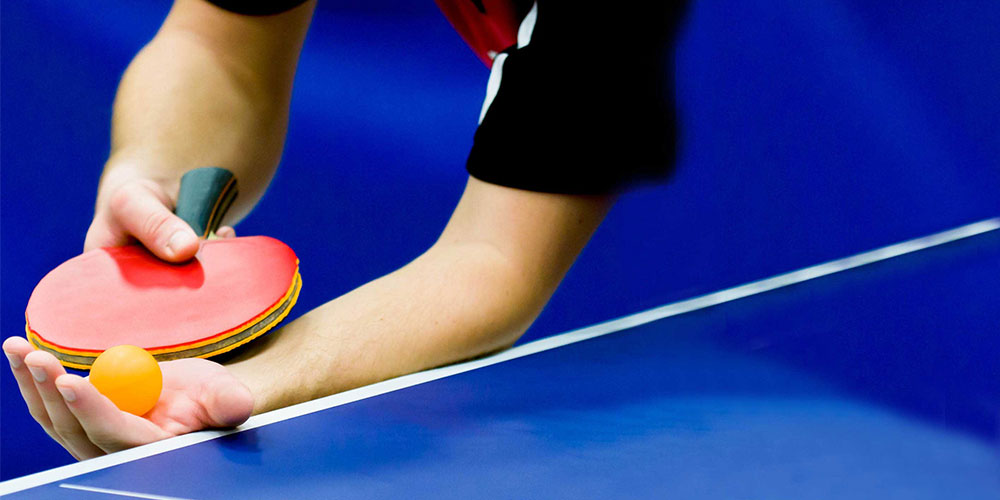 This is Episode 011 of the Ask a Table Tennis Coach podcast. Today’s question comes from Nick and it’s all about how to get into competitive table tennis.

“What are the first steps an absolute beginner can take to start improving and get into the competitive table tennis scene?”

Well, Nick that’s a really good question and actually I’ve received a lot of similar questions from players who enjoy table tennis. They like playing it with friends and they want to take it more seriously but they are not exactly sure what to do. And it’s difficult, it’s not easy to make the transition from recreational Ping-Pong to competitive table tennis in clubs, and leagues.

In many ways they are two very different sports. If you think about something like football, like I’ve never really played football in my life, but there have been a few times where I’ve been convinced to join a team and start playing for a season. And basically, without needing to worry about receiving any training or coaching or technique, and basically just be able to join a team and get thrown in the deep end and start playing matches against other clubs. I might not be the best player on the team but it’s been fine, I’ve kind of managed to get by.

But if you do that in table tennis, just kind of randomly join a team and start playing, you’re going to get absolutely destroyed and you’re going to really look like the odd one out when everyone else has got it, and know what they’re doing and they’ve got the technique and you haven’t got a clue. There’s a really big gap between the kind of hobby level and then thinking about entering tournaments and leagues and stuff. Lots of players just naturally discover that because they go for it and then they’re like “Oh…”

I remember talking to Jesper Ratzer who is the best player in the world at Racketlon, which is kind of playing table tennis, badminton, squash, and tennis all together. He’d grown up playing badminton and tennis so I think that they were the 2 that he specialized in. He had this belief that “well, I’m quite good at table tennis compared to my friends, so I don’t really need to worry about that. I’ll just turn up and naturally kind of win most of my matches playing table tennis.” He entered his first tournament and quickly realized that that wasn’t the case. He kind of came off against these table tennis specialists and didn’t have a clue what he was doing. That’s a really common thing.

So what do you need to do if you want to start playing competitive table tennis and you don’t have the background of growing up in a club and starting as a kid? Well, I mean, if you want to take it seriously, you’re going to need to spend the time learning the fundamental techniques and the basic strokes. So, I’d recommend searching for “How to Play Table Tennis in 10 Days,” that’s like a really big guide that I wrote a couple of years ago and one of the most popular pages on experttabletennis.com. “How to Play Table Tennis in 10 Days,” have a search on google, that’ll come up.

I go through the 10 things that you need to master in order to go from just kind of messing around for fun to kind of understanding the basic elements of the game. You can also have a look for a blog post I wrote called “The Four Basic Table Tennis Strokes,” that’ll take you through the forehand drive, the backhand drive, the backhand push, and the forehand push. The 4 shots that you’re going to need to know if you want to play properly. You spend a bit of time getting that right, I think then you’re on the right path to being able to enter some competitions or some leagues and having a go.

My main bit of advice will be just join a club. Lots of players do this – do it on their own, get a table at home and play with family members and stuff but if you want to take it seriously, you need to join a club. You need to be exposed to club level players who know what they’re doing. Start playing people there.

Lots of clubs do friendly matches against people and it’ll give you a very good idea of what your level is like, whether you are quite good or whether you’ve got a lot to learn. It will also let you know which parts of your game are letting you down – maybe your serve isn’t good enough, maybe you’re just not consistent enough, you’re always making mistakes, you’re going to quickly figure out what you need to work on.

Talking about serve and return, that’s one of the biggest barriers when people try to enter competitive table tennis from a recreational background. They just come up against all these advanced, tricky serves, spins and they haven’t got a clue what’s going on. I played a Racketlon tournament myself, probably about 6 months ago now. I was getting destroyed in badminton and tennis and squash but basically in table tennis, I could just do a spin serve and win all the points because no one was able to figure out how to return it, it was so out of their comfort zone, (heavy spin serve?). Spending a bit of time to play against people who have* good tricky serves and learning how to one, copy those serves yourself and then also knowing how to return them is going to be really important.

The key piece of advice I would say is just recognize that, unfortunately isn’t easy to get into competitive table tennis as an adult. Lots of the people that you’re going to come up against have been playing for years and years. They started as kids, they know what they’re doing and you’re coming in as a newbie, it’s not going to be easy.

During the expert in a year challenge with Sam, he didn’t enter his first proper tournament until about month 9 or 10 even, so he had a lot of training before then and even then that’s his first local tournament, he lost every match because he’s playing adults who have been playing for 20 years, and even kids, he might be playing 13-year-old kids, but maybe they’ve been playing for 4 years.

You know, it’s difficult, recognize that it’s difficult. But stick with it, find a decent club, try and maybe enter a local league or just play a ladder system at a club, just do those kind of entry level stuff and you’ll learn to play. Competitive table tennis is a whole different kettle of fish, but if you approach it understanding that and don’t get discouraged then you’re going to enjoy it. I wish you the best of luck, Nick, with that and I hope that you’re able to find a way in and to stick with it.