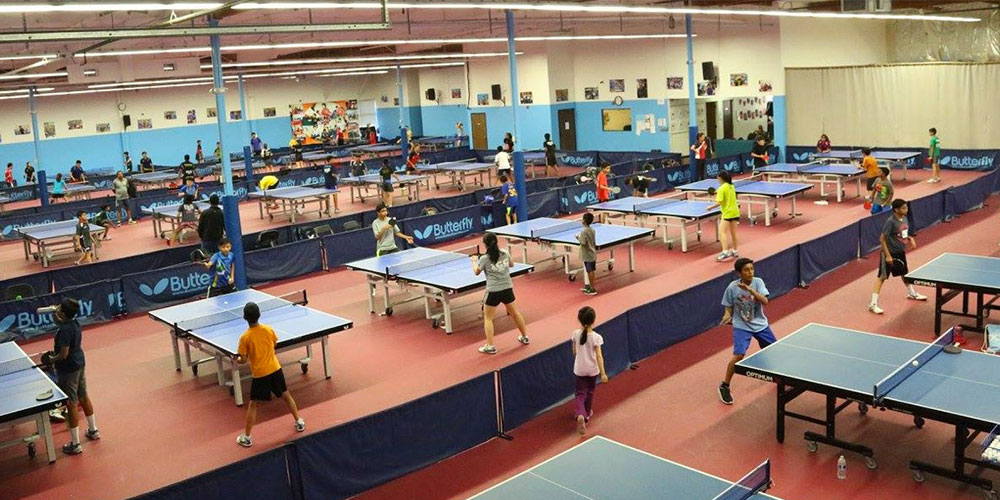 This is Episode 022 of the Ask a Table Tennis Coach podcast. Today’s question comes from Thomas and it’s all about how to find a good table tennis club in London.

“Hi, Ben! I’ll be visiting London for a few days in January, could you recommend any table tennis clubs I should try to visit while I’m there?”

Well, it’s awesome that you’re coming to London, Thomas. There are loads of table tennis clubs in London, but the thing is, because the city is so expensive – property prices and whatever – there aren’t that many full-time professional training centers. I don’t know where you are from, but most clubs in London tend to use a school building or rent a sport store and they’re just there for certain evenings in the week. If you can plan that well, you should be able to get around to a few different places.

London is a very big place as well, so I’ve got no idea where you’re going to be. I’m going to try and suggest a range of clubs located north, south, east, and west. Some of them might be quite a bit out of your way depending on how good the transport links are. Anyway, here are my favorites. I’m going to go through 5 different clubs and hopefully you get to find something useful there.

Fusion Table Tennis Club is, as far as I’m aware, the only club in London that has their own facility that’s table tennis 24/7. That’s run by a guy called John Dennison. He also runs topspin sports which are the Donic supplier in the UK. Now, Fusion is based in the southeast of London. It’s not the easiest club to get to. If you’re in the center of London, it would take you a while to get there and you might have a little walk as well but it’s a very good club, definitely worth checking out.

Another big one is Morpeth Table Tennis Club. They’re based at Morpeth school in East London. I believe that Morpeth is open most evenings during the week. That’s one of the biggest clubs that we’ve got in London. Lots of our top UK players actually go and train there – juniors and seniors. That’s definitely one that’s worth checking out and that’s run by a guy called John Payne. That’s East London.

So we got South London, East London. North London, you might want to check out Highbury Table Tennis Club. That’s run by a coach called Sanket Shah. This club, I guess, is more aimed at beginners, new players. They have more coaching sessions and particularly good for adults learning the sport. When we were doing the expert in a year challenge back in 2014, Sam was a regular here at Highbury and playing with lots of different fairly new players.

It was a good vibe for that. Fusion and Morpeth are probably more aimed at experienced, competitive players. It might be a little bit daunting to turn up there if you’re not super confident and know everything. The sessions aren’t always as structured either, often it’s people training with themselves.

What else have we got. Okay, over in West London, you definitely want to check out Moberly Table Tennis Club. That has recently moved to Hammersmith, and that’s run by a coach called Sherwin Remata. Sherwin is a really good coach, played for the Philippines internationally. He’s really good at running sessions, making people feel welcome and included.

As a newbie to London, if you can get over to Hammersmith, to Moberly Table Tennis Club, I’d definitely recommend that. They’ve got really good open sessions on a Friday, that I know are good, I’ve been to before. That’s definitely one to check out if you’re free on a Friday evening.

Finally, I want to just mention something called Table Tennis Fight Club, which is quite an interesting concept. It’s not the same as most of the other clubs that I’ve mentioned. I think they tend to create more of events and I’m not sure exactly what they do but it could be a very good experience if you’re new to London and just here for a few days. I’m sure if you send them a message, they will help you to find the time to come along.

They’ve got venues all across London and they meet on different days. It’s all a little bit secret, a part of their thing. They’ve got a really impressive website so it’s definitely worth going and having a look at that. Despite the fact that I haven’t been myself, I’ve heard very good things about it from other people. So, Table Tennis Fight Club, have a look at the website and maybe try and contact them and see if you can do something with them as well.

When you’re coming in to a new city, it can often be very difficult to find clubs, and Thomas, you may have found this searching on Google. I would suggest trying to find the league website, something like that and then contacting the clubs that you find in the top division. Often, clubs don’t spend that much time on building websites and social media and that kind of thing, they can be quite difficult to find. They’ll always going to be playing in the leagues, and the leagues normally have a website. So if you have a look at the Central London Table Tennis League, you’re going to find all of these clubs that I’ve mentioned in the top division there and that shows you that they are serious clubs and that they’ve got lots of players.

So that’s little trick that I’d like to use, depending on whatever city that you find yourself in. Also, I would always advice you to send the club an email or call them first or something just to check that what you see on the website is still up to date and the sessions are on. And then also, they should be able to suggest the best time and day for you to come based on your level, whether you’re looking for coaching sessions or just come and have a free play. They should also be able to hook you up with someone who has a similar standard or give you a name of a coach or something so that’s a bit less awkward when you turn up.

Thanks for the question, Thomas. Good luck training in London. I’ve moved now so I’m not based in London anymore but I’m sure you’ll have a really good time there.