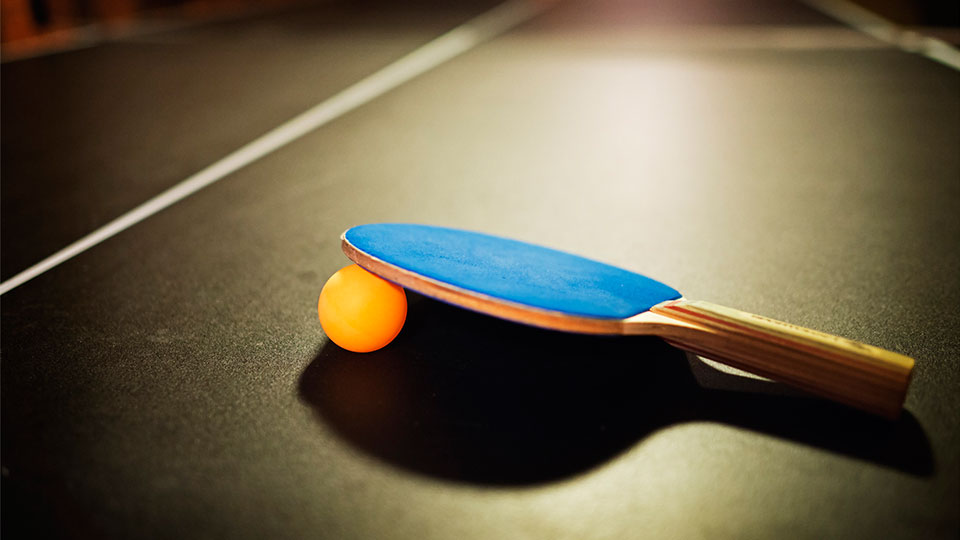 This is Episode 042 of the Ask a Table Tennis Coach podcast. Today’s question comes from Craig and is about bouncing back after a long break.

“I’m really enjoying the Ask a Table Tennis Coach podcast and I’ve been meaning to send a question in for a couple of weeks. I’ve recently had four weeks without picking up my bat. I had my first session back last night and I’m pretty rusty. With the local league games starting soon and time to train pretty limited I need to get back on form quickly. Are there any particular coaching drills I should be focusing on?”

It sounds like you’re in a bit of a pickle here, Craig. I have to say I don’t have any magic answers for you. If you haven’t been training for four weeks and you want to come back and play really well in competitive matches I think you might struggle a little bit. That’s not the best the best preparation for matches.

But I have to admit that I know completely how it feels. When I was 18, 19 and 20 I was training full time but I would usually do was to go all the way through to June or July then I’d take a long break over the summer. So I would have parts of July, August and September off from table tennis. I wouldn’t pick up a bat for eight or nine weeks.

Then I would come back in September and try to start again and it would be pretty awful, I would be pretty rusty. It might take quite a few weeks to get back to where I was before.

I know how it feels and it’s tough fighting back the feeling that you aren’t as sharp as you used to be. But it’s something that you have to do if you end up taking a decent break.

When you take a break from table tennis I think it’s important to remember that you haven’t really forgotten anything that you’ve learnt. It’s all still in there and all that’s happened is that you’ve lost a bit of your sharpness and match ready-ness.

I always found that it was specific areas in my game that really suffered the most. For me they were footwork and service. It might be different for you, Craig, I’m not sure. But for me personally I know that I might not play for two months but I can come back and my pushing would be fine, I could drive, loop and all of that stuff wasn’t really a problem as it was all programmed into my brain.

It was things like my movement around the table that was much slower. Therefore I wasn’t getting into position for my shots and that lead to making mistakes. I had some real issues with service as well. Service is so much about getting the timing perfect and spot on when you contact the ball.

If I didn’t play for a while I would lose my timing. I would be edging the ball, for example, while serving. What would happen is that when I had a competition I was feeling like that I would end up doing safe serves, or just doing backhand serves because I was always competent at doing them.

Those are the issues that I had and they may be different from you but I’m sure you’ll be able to think of a few key things that seem to stand out.

Things You Can Try

My advice would be to do lots of service practice. It’s really important when you’re playing league matches that you’re 100% confident in your full range of serves. You don’t want to feel like ‘Oh I don’t want to do that serve because I might miss’.

When you’re in the matches you want to have done the practice so that you’re confident. You want to serve and you want to feel it’s a strength when you’re serving.

The other thing you want to do is loads of physical footwork drills. Really pushing yourself with that. You probably lost some of your fitness and speed if you’ve had four weeks off and you haven’t done much other physical training in that time.

All the sports science research says that physical gains can fall away fairly quickly when you stop training. Maybe just two weeks of not doing any sport or exercise and you’ll start to lose that. You need to quickly get yourself back up to speed and get some rhythm back into your game.

Drills like Falkenberg are really good for this. Make sure that you’re really going for it with your shots as well so you’re playing close to match intensity. It’s quite easy to do a drill at a standard pace driving the ball and feel like you haven’t lost any sharpness.

But I think it’s when you starting moving a bit faster and pushing yourself like looping at maximum intensity that you realize ‘Oh I’m actually missing a lot more than I was a month ago’. That’s when it really shows.

Practice matches too. Don’t forget to do lots of practice matches. Take them seriously even if you have been playing table tennis and you’ve just had a break from competitive table tennis. I think that can be really obvious. You lose a lot of match sharpness and competitive edge. It’s not the same to be practicing all the time and not playing competition or serious matches.

Those are three quick suggestions there. I guess the best advice would be to avoid taking long breaks in the first place. I’m one to talk because I definitely didn’t follow that advice. The best was to go about it would be to take a week of a few times a year so that you’re not playing constantly.

But other than that you want to keep yourself fairly sharp. At least playing once a week or twice a week if you’re doing less training. This will make it a lot easier for you to quickly come back into your training and you’ll be able to skip all the hard and demotivating work of getting back to a previous level of performance.

It’s just not much fun when you go back and you’re not as good as you once were. So if you avoid having the long breaks you won’t have to go through that.