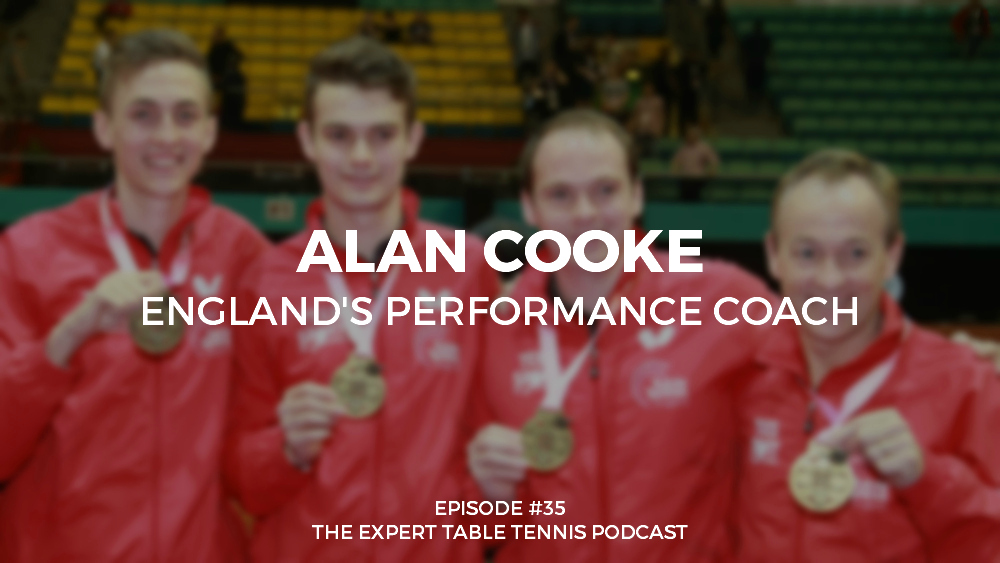 Alan Cooke is the Performance Coach at Table Tennis England. That means he works very closely with our national teams and travels with them to tournaments. If you watched any of the World Team Championships out in Kuala Lumpur you will have seen Alan corner coaching Paul Drinkhall, Liam Pitchford, and Sam Walker to an incredible bronze medal result.

As a player, Alan Cooke made his England senior debut in 1984. He won countless national titles and was consistently England #1 during his era. He reached a career high of 27th in the world rankings in 1990 and made a comeback to the sport in the 2000s becoming the over 40 world champion in 2006.

Ever since Kuala Lumpur I’ve been keen to get Alan on the podcast. We were finally able to make it happen last week and had a chat about England’s remarkable and unexpected bronze medal at the World Team Championships back in March and their preparation for Rio 2016 (which is only a few months away).

I also asked Alan a number of questions regarding how non-elite players can prepare for and peak at a big tournament/event. Alan gave loads of advice for the build up, the tournament itself, and how to learn from your performance afterwards.

I know a lot of my listeners are really going to enjoy this one!

I really enjoyed speaking to Alan Cooke and I hoped you enjoyed listening to the episode. Here’s my favourite quote from the interview…

To be a good table tennis player you’ve got to be smart. You need to be thinking your way out of problems and not just trying to bludgeon your way out.

I also thought Alan’s emphasis on staying in the moment, trying to win the next point, and enjoying it was really important. That was clearly what the boys were doing out in Kuala Lumpur when they were all playing the best table tennis of their lives!

What was your favourite tip from the episode? Leave a comment and let us know what you thought.

I know that lots of you guys are regularly sharing the podcast with other table tennis players all over the world. I just want to say thanks for all the help you’ve given me already! Please continue to support the show and subscribe on iTunes, leave us an honest iTunes Podcast review, share this episode on Facebook or Twitter, or simply just mention it to a friend. I appreciate your help so much!

I’ll be back in a month with Episode #36 – to be released 1st July 2016. I’m hoping to be joined by Alois Rosario and Jeff Plumb from Pingskills.