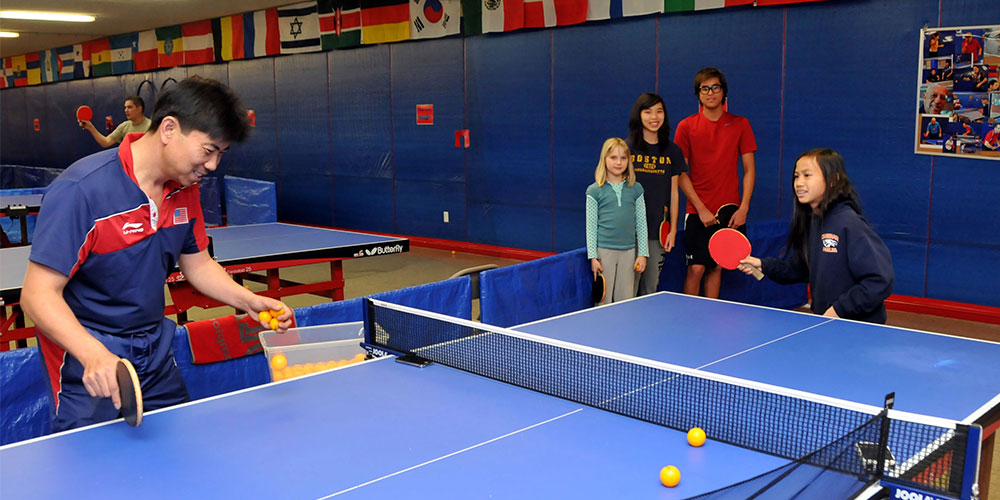 This is Episode 020 of the Ask a Table Tennis Coach podcast. Today’s question comes from Carl and it’s all about how to add random drills into your practice.

“I read one of your previous articles on random style training, do you have a number of random drills you could pass on to us so that we could try them?”

Okay, great question, Carl, and you’re right. I haven’t done a really good job of sharing drills ready on experttabletennis.com. It’s something that’s been on my to-do list for a long time – to create a big database of drills on there because I know that could be really useful for people. But it’s just something that I haven’t got around to doing but here we go.

I’m going to run through a few different drills and then hopefully, once you’ve got the idea of them, you’ll just be able to adjust them, change them a bit, and create lots of different random drills based on the 5 ideas that I’m going to share with you here.

The first one is a really great random drill, completely random, where you maybe get someone or an opponent to do a backhand block. So you play everything into their backhand and you just let them play anywhere on the table, so they can move you around wherever you like. That’s a great one, and you can easily mix that up so that you then change it to their forehand, so they’re using their forehand block, or you play into the middle of the table and they’re using their forehand from the middle, and then it’s your job to cover the whole table backhands, forehands moving around and it’s their job to try and find the gaps and get you off balance. So that’s a great one.

The second drill would be, maybe you can limit that a bit. So you could do something like anywhere in the forehand half. So that’ll move you around as much as possible in the forehand half but they’re not allowed to go into the backhand. Or one that’s quite popular is anywhere into the backhand 2/3, so that you happen to do that transition between backhand and forehand, and they are able to put lots of balls into your crossover but you’re not having to worry about that big wide movement over to the far side of your forehand where you’re going to have to move and play a forehand. It’s more just about the little changes, backhand and forehand. Those are some of the things you can do.

Other drills that I like… I really like doing one or two balls to the backhand and then one or two balls to the forehand and you can do that into a backhand block or a forehand block or whatever. What that means is that it’s very quick switching between backhand and forehand and you never know whether once you’ve played the first backhand, “Is there going to be another backhand or are you going to have to quickly get across and play a forehand?” So that’s a drill that I really like.

Number four thing that I like for random drills is the switching drills. Let’s say you’re both just playing backhand at backhand, and then you let one player who’s the controller randomly switch to the forehand. And again, there’s loads of things you can do with that. You can have them play a forehand and then you go to back to backhand and backhand, you could have them that when they switch to the forehand you then change then you both play forehand to forehand until you get switched again to backhand to backhand. There’s loads of things you can do. You can even have both players, being allowed to switch at the same time, that can get a little bit confusing. But if you’re used to switching drills that can be really good because then do you take the initiative and switch first or do you concentrate on waiting for them to switch, it’s a bit more like a game.

Number five, there are loads of different point drills that you can do that are random. For example, you could maybe do a short serve and then you get your opponent to do a long push to either corner. So they’re either going to give you a dig into the backhand or into the forehand, and then you’re going to do an open up into their backhand block and then they’re going to do the same thing again, then a backhand block, either wide to your backhand or wide to your forehand. So that’s a really great random drill because you don’t know whether you’re going to be playing backhand or forehand.

But then it’s also got some element of control to it because like for example, you know that they’re going to return your serve with a long push – they’re not going to be flipping it, they’re not going to be touching it. So there are some things that are controlled, other things that are random and there’s loads of stuff you can do there. Think of all the different possibilities of things that can happen in a point-game-like situation, and you can just make things random.

So the idea is that once you understand those principles, you can then make all these little changes and just have an infinite number of random drills. And you’re probably going to only do two or three maybe in training sessions, so take a long time to get through all the different options and you can maybe spend a bit of time working out, some things that you’d like to work for your game.

I hope that those give you some ideas Carl, and that goes someway to answering your questions. Good luck adding some random drills to your training and let us know how you get on with that.