Here are all the posts written by Ben Larcombe.

So, you would like to become a professional table tennis player, or at least learn how to make some significant improvements to your current standard. We’re all after that massive trophy really, aren’t we?

In this article I will be investigating the most important factors for achieving table tennis expertise and making some recommendations to help you take some action.

This post is taken from the second half of my university dissertation, which I wrote in April 2011. It was entitled ‘The Development of Expertise in Table Tennis’ and was based around questionnaires and interviews I conducted with some top English table tennis players.

END_OF_DOCUMENT_TOKEN_TO_BE_REPLACED

So you want to improve your table tennis serve… join the club. My service is probably one of the weakest areas of my game, which is stupid because it’s so important!

When you are serving in table tennis you have complete control of the ball. You can decide how the rally starts. Do you want to do a short serve with backspin and force someone to open up? Do you want to try and fast serve into your opponents weaker side and look to catch them out and finish off the point with a third ball winner? You have complete control over the power, spin and positioning of the ball and you should really be making the most of that advantage.

For every other shot in a table tennis game, to a varying degree, you will be reacting to your opponents decisions but right here, as you stand with the ball in your palm, it’s all you!

END_OF_DOCUMENT_TOKEN_TO_BE_REPLACED 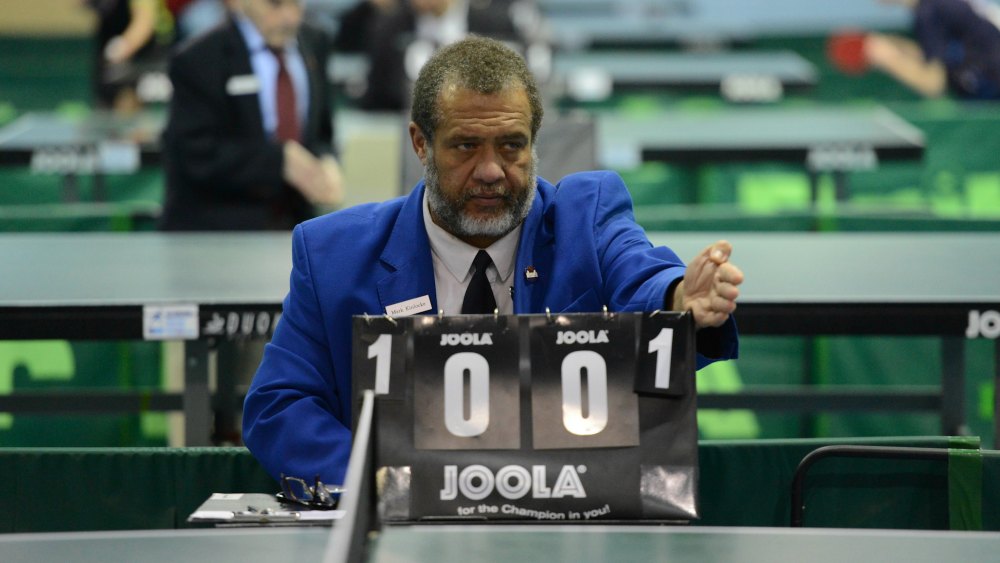 A post entitled Table Tennis Rules and Regulations might sound boring, but it isn’t! At least, I hope it won’t be.

In this post, I will clearly explain the most important rules of table tennis and in doing so, put an end to the countless arguments occur each day across the globe.

If you are a casual player or a beginner, this post will attempt to expose any and all of the mythical, made-up table tennis rules that crop up on tables the world over. I will also provide a brief bullet point summary of the basic rules of table tennis.

If you’re an experienced player I hope that you’ll find this article useful as well. I recently attempted an umpiring exam paper and despite having been playing table tennis for over 10 years… I failed. There are a few odd and hard to understand rules and regulations in table tennis and I’ll be highlighted them and asking for your opinion.

END_OF_DOCUMENT_TOKEN_TO_BE_REPLACED

Ariel Hsing is the current up-and-coming star of women’s table tennis. She put in a great performance at London 2012, only narrowly losing 4-2 to the eventual winner, Li Xiaoxia of China, in the third round.

And she’s only 16! And she’s from the USA, a country not particularly known for it’s table tennis champions.

I have to admit that before the Olympics I had never heard of Ariel Hsing! It is likely that I’m not as clued up on women’s table tennis as perhaps I should be but from talking to some other players, it seems I am not alone. I therefore decided to try and find out as much about Ariel Hsing as possible.

This article will track the rise of Ariel Hsing, from a regular seven year old kid to a US national champion, and beyond. My aim is to look at how she became so good, so early. Did you do loads of practice? Is she just naturally talented? Were her parents overly pushy? What clubs and programs was she part of?

END_OF_DOCUMENT_TOKEN_TO_BE_REPLACED

If you love coaching table tennis you may have toyed with the idea of becoming a professional table tennis coach. Wouldn’t it be great to get paid to do something that you love. To get to spend your days helping people start out, improve and compete at table tennis.

That’s exactly what I was thinking last summer (June 2011). I thought becoming a full-time table tennis coach would be a great job but I wasn’t sure if there was enough money in it.

Well, 15 months later, here I am. I’m a professional table tennis coach and I’m loving it. In this article I’m going to show you that, with a bit of hard work and dedication, it is possible to take your passion for coaching table tennis and turn it into a career.