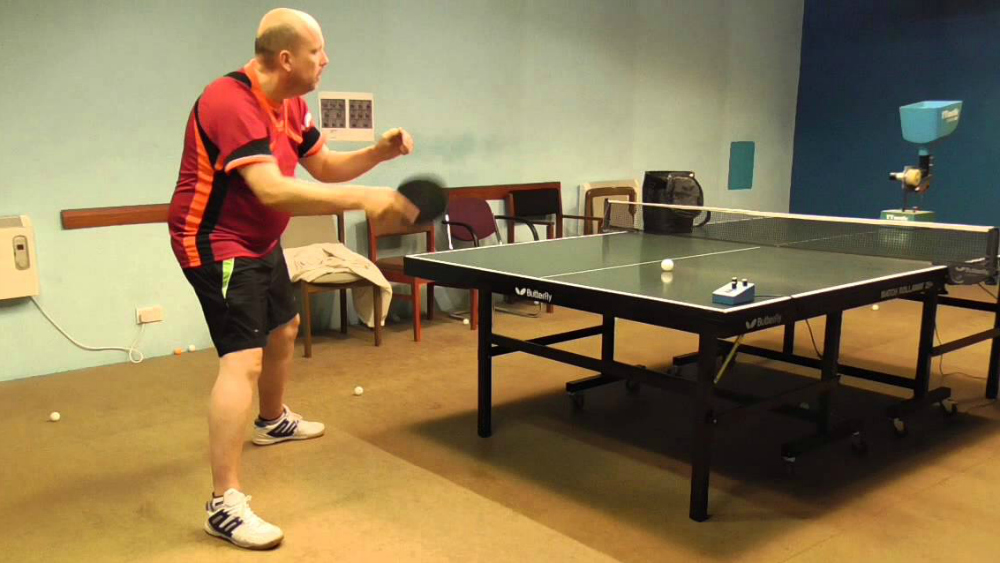 This blog post is an introduction to my background pre-table tennis and also a review of my first ten months in the sport.

I started playing table tennis on 20th March 2015, mainly as a form of exercise for my medical condition which, like most, significantly improves with increasing fitness. I suffer from a condition called ankylosing spondylitis, which is basically arthritis of the spine which leads also to spinal curvature. However, what started as an interesting form of exercise, fairly quickly turned into an obsession!

I’ve always had an obsessive personality, never being able to have loads of hobbies undertaken for fun now and then. If I do something, I have to be totally focused upon it and be better than everyone else. This was the case when I started playing golf at the age of 6, turning professional at 16 after attaining a handicap of +2 at 16. I spent four years as a teaching professional, before joining the RAF, where I became a rather obsessed pilot then flying instructor.

Unfortunately, a flying incident re-triggered my ankylosing spondylitis. After the RAF, I joined the airlines as a Training Captain & Simulator Instructor. Sitting on my bum enjoying airline food piled on the pounds and exacerbated my condition.

I hit the rather heavy heights of 20 stone, with what seemed to be as far as I was concerned, an allergic reaction to exercise combined with suffering from the ‘sticky sofa syndrome’! Then, I was having coffee one-day last year and got chatting to what turned out to be a very keen table tennis player, who invited me along to their Friday morning practice session. Initially, it just seemed a good idea to exercise without the boredom of a gym!

From that first day of playing onwards, I was totally hooked! My experiences as a golf professional had taught me to learn the right way, so I had lessons from the start as I wanted to avoid a coach, later on, having to try to get rid of lots of ingrained bad habits. Over the next few months, I was having regular lessons and was progressing fairly well but then reached a bit of plateau.

I decided it was all or nothing and to give me more of an incentive, I gave myself a charity challenge. I decided to aim to achieve a UK table tennis ranking (top 600) within three years of starting to play and alongside that to try and raise £100,000 for the UK ankylosing spondylitis charity.

About six months ago, I met up with Ben Larcombe for a coaching session for him to evaluate how I could progress more quickly. The distance between us for regular sessions was too great, but Ben put me in contact with a more local coach, Marc Burman (who was Ben’s coach when Ben was a young boy). Marc has taught several England international players including the current UK No. 18, Emma Torkington. Marc and I immediately hit it off and my progression started to escalate again.

I played (although ‘played’ might be a generous word) my first competition in October 2015; the VETTS Midlands Masters. This was a real shock. I’d been playing against good league players for the previous few months but most players in the Masters were on another level. I literally only managed to win a few points in each game.

Reeling from the shock of that first tournament, I trimmed down my competition schedule from about ten events for the season to three, allowing four months to get fitter and totally focused for my next tournament; the VETTS Southern Masters, which took place last month. The short-term target for this competition was to take at least one game off of a player. This I achieved in my last match, narrowly losing another of the games. So there was some significant improvement since October.

Marc’s many words of wisdom are working well. I think my main problem is my frustration with myself – wanting to improve much more quickly than is actually possible. I’ve decided the way round this is to have micro-targets literally for every practice session and every match. This will commence in March so I’ll let you know how it’s working in the next update at the beginning of April.

My penultimate competition for this season is the VETTS Northern Masters on 19th & 20th April, in Blackpool. The target for this event is to win a match over the weekend. And alongside my table tennis objectives, I’m intending to get a great deal fitter and aim to lose four stone in weight.